Between The Lines EP 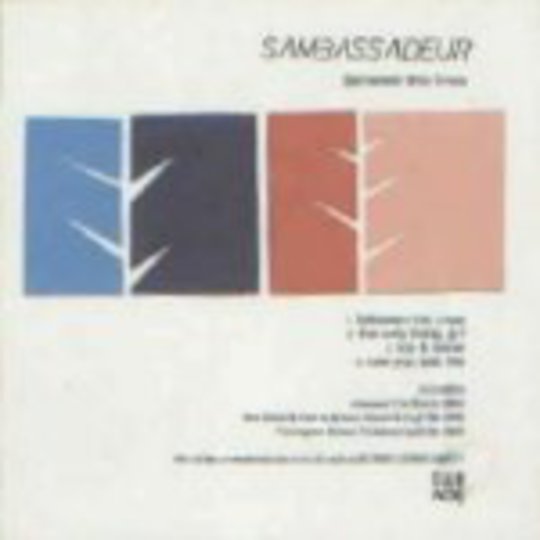 As the new wave of glacier-fronted dronerock gains momentum at a fast and furious pace, Gothenburg quartet Sambassadeur press all the right buttons in the JAMC/MBV homage department and then some...

Quite frankly, as with fellow countrymen The Radio Dept., to accuse Sambassadeur of feigning some soft-centred nostalgia trip would be unjust, as the winsome 'Between The Lines', characterised by Anna Persson's dusky vocals which range somewhere between Petula Clark circa '66 and Bilinda Butcher in the middle of '86, shines like a glitter crested nebula in the midnight sky.

Things surely can't get any better. But they do.

'The Only Living Girl' and 'Can You See Me' see Persson swapping vocal duties with fellow guitarist Daniel Permbo, and the result is like Psychocandy smothered in Deep Heat amidst a clattering deluge of cymbals and snares.

What comes around goes around, and as this heady rush of strawberry wine flavoured candyfloss instinctively proves, the halcyon days of 1987 say more about tomorrow's world than somewhere distant from the past.