First Day of My Life 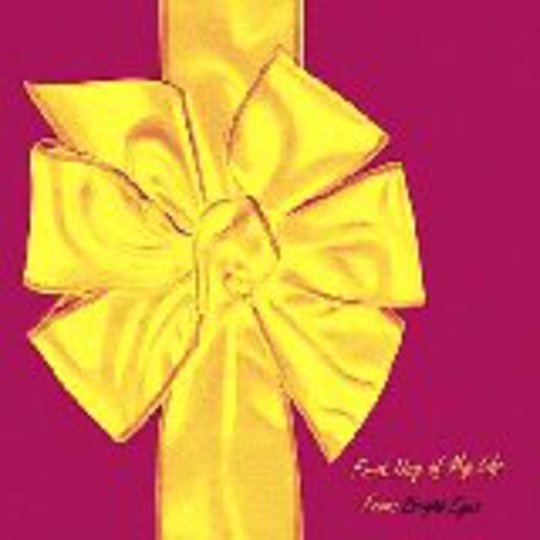 The tracks on this Bright Eyes single are as bittersweet as lemon and chocolate flavoured ice-cream, although the radio-friendly ‘First Day of My Life’ couldn’t be any sweeter if Micky Mouse was singing it you on your birthday. It has none of Conor Oberst’s usual dark undertones (or warbling off-kilter vocals), dealing instead with the feeling of seeing the world in a completely different light because of somebody special.

Let’s face it, it can be fucking annoying to have your faced rubbed in such lovey-doveyness, but the tune is so gorgeous you can’t help but feel a little fuzzy inside. It contains a melody so infectious that it seems like it has existed for an eternity already. In that sense it’s very similar to ‘Memory Lane’ from the late, great Elliot Smith, but here there's a sense of hope in life which sadly Mr Smith was so lacking in.

However, any faith in the future of the planet dissolves on the bitter B-side ‘When The President Talks To God’. An acoustic attack on religious fundamentalists (i.e. him in the White House), there's enough bile here to strip wallpaper. Thankfully, an involvement in the ‘Vote For Change’ tour with 'The Boss' hasn’t turned Bright Eyes into a hoary-voiced Springsteen clone - this is a spiteful but intelligent attack, and every American who voted for George Bush should be glued into a chair and made to listen to it repeatedly until they apologise for their actions.

Finally ‘True Blue’ appears to be an alt. country take on Eiffel 65 (ie: fucking awful). Containing 49 uses of the word 'blue' (yes I actually counted...) in increasingly stretched variations, this is harmless and throwaway stuff, but after two songs of such striking quality it’s hard not become spoilt like a kid with too much ice-cream.