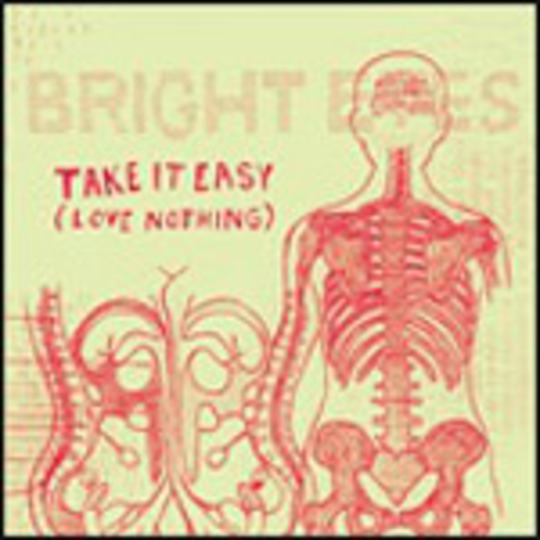 Word has it that two forthcoming Bright Eyes LPs albums are, shock, concept album's. One relates the story of a boy who moves from the big city to the country, the second vice-versa. Which is enough to send any self respecting fan into a cold sweat. Sometimes it can be a little hard to love Bright Eyes, as main man Conor Oberst sporadically veers dangerously past pretensious to 'downright insufferable'. The thing is, you can only forgive him, as the man is quite possibly a genius.

The production on 'Take It Easy' is astounding. Clattering, bunched percussion fights with rogue bontempi keyboards and backwards swells of sound. All the while of course, Oberst narrates in the manner of a self-flagellating, cynical, confused, hopeless romantic. All this in barely over three minutes, proving that all the greatest musicians need to punched and hugged at the same time.

The b-sides on CD and 7" are a split pair. 'Burn Rubber' is great