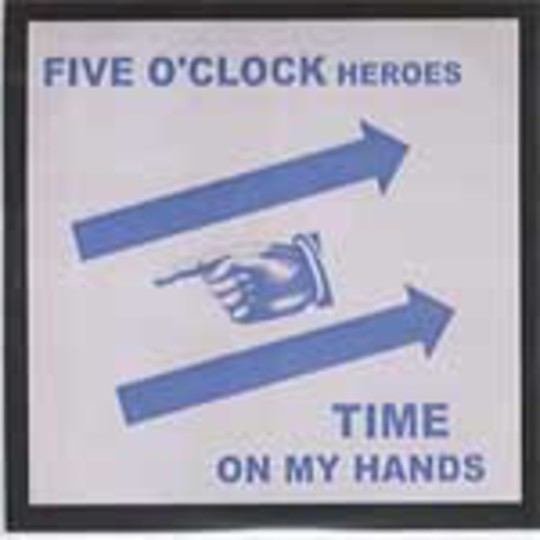 The more cynical amongst us might well be inclined to give Anthony and Mikey of the Five O’Clock Heroes** a sly wink; relocating from the UK to NYC in order to get themselves a hot little band going, it’s certainly succeeded. But do our boys really have to go that far (geographically and metaphorically speaking) in order to get noticed?

Which makes it all the more confusing that the band are releasing something as anodyne and anonymous as ‘Time On My Hands’; a utterly unremarkable slice of gruff-voiced new-wave punk rock

More enduring is the second track, the balladeering ‘At The Back Of The Room’. But then again, that’s like saying coffee-flavoured yoghurt is better than being mauled by a polar bear.