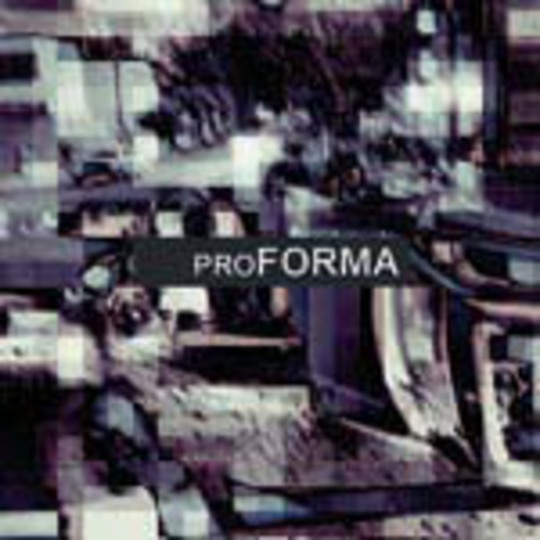 Somewhere in Glasgow there once stood a factory, built with the sole purpose of fusing the twin evils of electronica and punk, creating some kind of musical monster – a beast so merciless that it’d eradicate pop music as we then knew it, leaving nothing but smouldering Top 40 remains. Fortunately for mankind’s Saturday mornings and Sunday afternoons (well, mine), said factory burned to the ground following an overload in its most evil circuitry before even one of the new breed of terrifying, pop-munching groups could roll off the production line. At least, that’s the official story. Word around these parts is that a single outfit survived the blaze, possessed with all the horrors that leaked from the factory’s deepest antechambers. A group that meld Joy Division with The Beta Band and Aphex Twin with Adult. The authorities would never confess, but words around these parts persist. Word is this renegade band is Pro Forma.

There’s menace in these five tracks (and one video), a simmering disgust for all things shiny and nice and happy and pop. They’re bleak and barren, full of alien electronics and a fuck-you punk attitooood. To some this’ll be way too dark. To others, it’ll be like the cold-sweat nightmare before all your Christmases at once. Pro Forma lurk in stairwells and alleyways, in the shadows that move within shadows, invisible to all but the sharpest eye and ear. Word is that they’re scouring this land for their runaway one-time frontman, a certain Paul Thomson, who just might have joined forces with those pop-fancying wufters Franz Ferdinand. He’d best watch his back; word is that they’ve a scent.

Or should that be ascent? Pro Forma have teeth big enough to chew through the charts. Of course, it’d be the very coldest day in Hell before such an event happened, but one feels they wouldn’t have it any other way.