Rise Of The Eagles 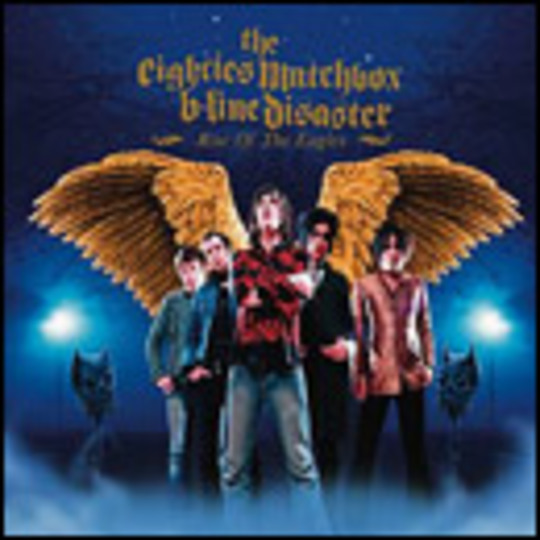 If all bands were like TEMBLD, how would we ever know which ones were great and which ones sucked? Thankfully, we have daytime Radio 1, allowing us to put Beavis and Butthead's mindset to one side - there really is so much shit out there that TEMBLD can't help but stand out, such is their glaringly obvious greatness. 'Rise Of The Eagles' (continuing the bird/title relationship established with their previous album's ace-up-the-sleeve, 'Chicken') is typical (i.e. great) fare - boisterous, clattering punk-goes-hillbilly guitars; heavy, heavy bass; and vocals that sound like nothing else. Deadpan isn't the word. Actually, maybe part of it is: the band do look as if they've just crawled from a mass grave. "All dressed up and ready to go," they may be, but go where? Off to eat some brains? Off to terrorise some teenage girls locked up in a cabin in the woods someplace? Off to lay waste to those daytime schedules? Here's hoping.