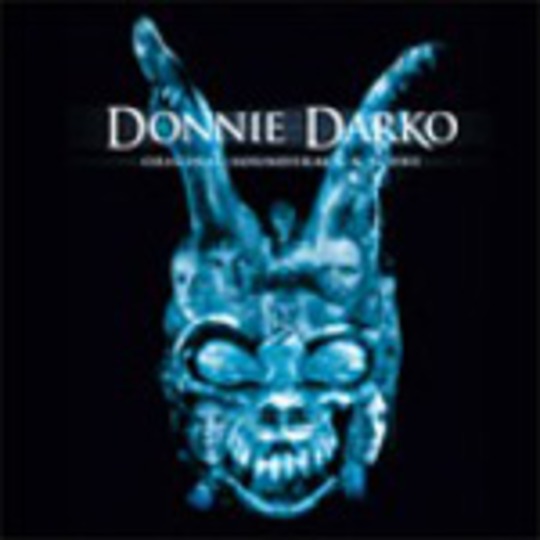 Ah, how success changes us all.

When the Lynchian drama of 'Donnie Darko' was unleashed on cinema screens (and DVD shortly after), there was no sign of a classy OST, or a director's cut or any of the other things that are rapidly flooding the market place. No, if you really wanted to assemble the music found in DD, then you had to go out and purchase your Joy Divisions, Duran Durans and Echo & The Bunnymens yourself and then put it altogether. If you really wanted to.

But then, why was that such a bad thing? Which self-confessed music fan wouldn't have been tempted by the dulcet tones of Ian McCulloch or the doomy grandeur of Ian Curtis already? As much as you lazy people have been pining for an easy, compact audio reminder of your favourite film, the true joy in the film's admittedly excellent soundtrack was that it was a way in; an opportunity to explore the joys of long-ignored eighties musical aces. Suddenly, you had a chance to find out that Tears for Fears weren't that bollocks and did other things better than 'Everybody Wants To Run The World' by way of 'Head Over Heels'. Additionally, those touched by 'Killing Moon' for the first time were nudged towards realising that the Bunnymen are one of the greatest bands of the past 25 years and an influence on all those pasty indie kids that you adore now. And now you all dance to 'Notorious' in indie clubs where previously you cocked a snoot at things like 'Rio' in its yacht-capsizing mirthsomeness. You already made 'Mad World' No.1. A Christmas No.1 at that, you morbid bastards.

Discard the obvious however, and there's not quite enough else on the soundtrack to merit last consideration. In fairness, Australian doom-merchants The Church's 'Under The Milky Way' seduces with a sensual glow until it drops in a crazy bag-pipe solo to take it beyond the norm, and INXS' '_Never Tear Us Apart_' isn't half as bad as you think it is. But sadly, that's pretty much it. The rest of the 2-CD package includes the original score issued 18 months ago, and a few more minor snippets of incidental music from the film. Ultimately it's a bit too insubstantial to be truly worth your £11.99. Perhaps it would be if it had only cherry picked tracks from bands with little expanse back-catalog plus additional ue wise, but that's not so. If the Donnie Darko OST has any true lasting value, it's to prove that musically, like the film itself, that there's a whole lot more going on out there than you first suspected.