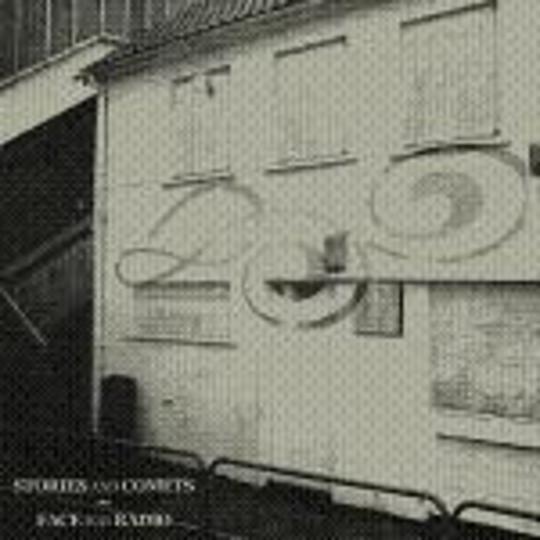 Released only on 7" and limited to a run of just 500, I can hear many saying that this is one for those that want to show off to their mates by claiming they have a collectible piece of vinyl. Well, let me tell you that the people who have bought this have got a sample of two of the best screamo/post-hardcore bands in the country and if you don't own it you are a fool!

Stories And Comets, as you may/may not know, were formed from the remains of Caught In The Headlights and My Favorite Co-Pilot, both of whom were, in my opinion, one step ahead of every band of this genre in the UK at the time. I admit to being openly sceptical about the band, wondering if they could be as good as their former incarnations... I needn't have worried! 'A Pox, A Plague, A Poison' is a dynamic cut of emotional banshee-like roars intertwined with a perfect singing voice, making it a quiet/loud masterpiece.

Face For Radio hail from Wolverhampton. Now, I won't oversell these guys (my review of their demo elsewhere on the site has done that enough) but will this new recording match up to the tracks that made me fall in love with them just under a year ago? Oh... hell... yes! They maintain the ATD-I-influenced song structures while at the same time making their music less juxtaposed and allowing the song to flow while at no time losing their edge. This is a progression without a doubt and reinforces my belief that they WILL do something amazing on a bigger scale very soon!

I feel genuinely privileged to have reviewed this and I say that without a trace of irony. BSM have again released a cracking example of how great the UK post hardcore scene is and these two bands are, without doubt, the epitome of it.

To get hold of a copy for just £2 go to the BSM Website.