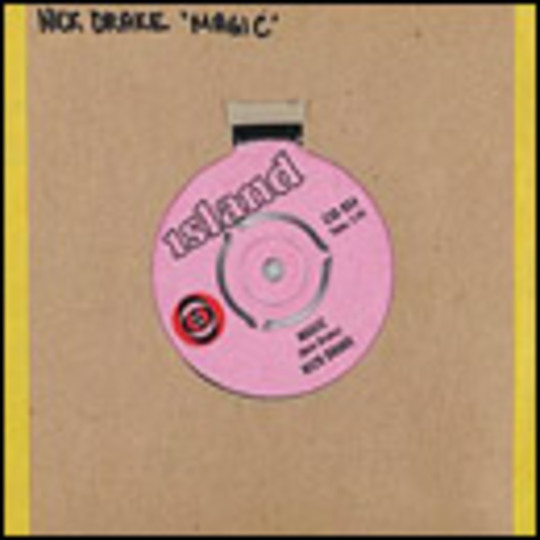 Anybody see anything wrong about a record label releasing the 'first ever single' from a man who's been dead for about 8,000 years? Mmm. Me too.

Magic' is a re-working of an early studio session track for Drake's first album 'Five Leaves Left'. Many inhuman things have been done to it in order to change it but make it sound the way it would have done 35 years ago. It's a little freaky, like that horrid Beatles recreation 'Free As A Bird' (which, at least, involved three of the originial four), but solid stuff nonetheless.

Of course, it's a promotional novelty for a new Nick Drake retrospective, and it probably makes all Drake fans want to burn down Island Records, but pragmatically speaking, if it gets radio play and it makes someone buy 'Five Leaves Left' or 'Bryter Layter', then it will make the world a slightly better place.

If you're not sure whether the man's your cup of tea but have a couple of quid, then this is also worth picking up for the inclusion of 'Northern Sky', a song so beautiful it numbs every nerve in your body.