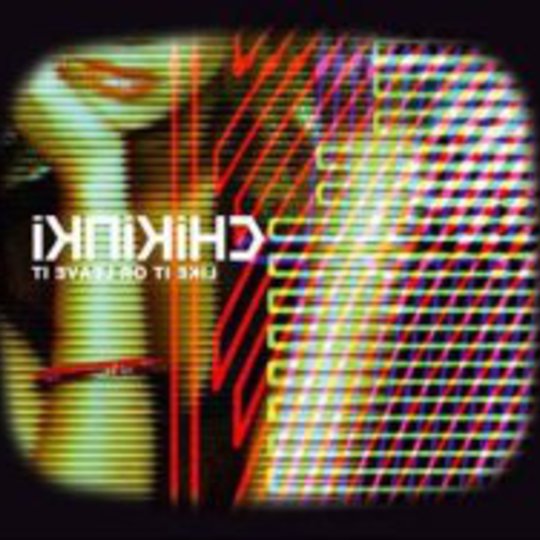 The new Chikinki single seems to be something somewhere between The Bends and Kid A – perhaps what the last three albums sounded like in the ‘Head's head. But let's not tarnish them with the waily electronic experimentation brush just yet, as Chikinki have a sound patented before Kasabian could get a word in. Their twitching acidic beats and clean guitars are all on the large side of 'big'.

‘Like It Or Leave It’ is just that, a plucky but large ditty with slightly hoarse melodic output from Rupert Browne, beats that Rephlex Records must have on loan and a polite boot in the face for a chorus. Marvellous. As for the others, ‘Pervy Song’ comes on like one the better sides of latter-day Blur, as lo-fi as modern recording equipment will allow. It's nicely followed by Tom Neville’s four-to-the-floor ‘Bed It Or Burn It’ remix, which even with the howling wouldn’t seem out of place on a terrace somewhere accompanied by restless strobe lighting and ridiculously expensive bottled water. That’ll be the ever-expanding dance/rock crossover in full swing, then.

Shatterproof Is Not A Challenge