Shatterproof Is Not A Challenge 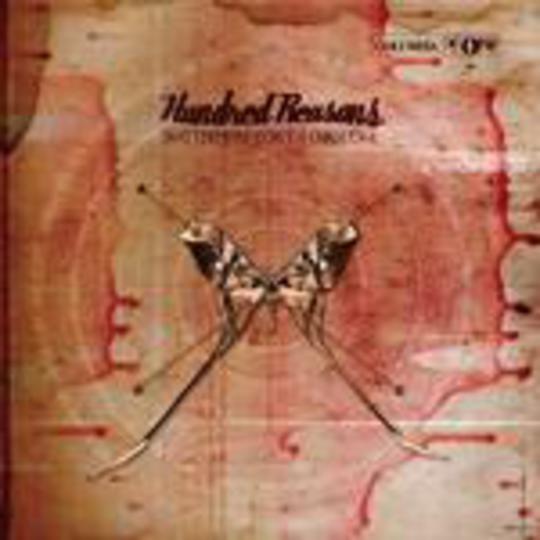 The thing with debut albums is that, more often than not, they are the sum of a band's collective youth. Several years of sweaty little toilet venues, slugging your guts out to crowds of 10 people per night. All the good times, all the bad times. Time goes by, recordings are made, released, and then regretted. A second, 'difficult', album is more tricky: convince everyone you're here to stay, not just a one-trick pony, and do yourself justice. Easier said than done. Especially in Hundred Reasons' case.

The debut album, 'Ideas Above Our Station', was probably the most exciting guitar record of 2002, and it's little wonder that the London-based quintet have stuck to the winning formula on sophomore effort '_Shatterproof Is Not A Challenge_'. The straight ahead, giant rock choruses and chunky guitar hooks are all still present and correct, and delivered with as much style and panache as before. Except, in typical, hackneyed fashion, they've 'matured'. It's still all the things that *HR* are renowned for - whale-sized anthems (single 'What You Get', 'Pop'), chugging, US-baiting Brit-emo ('_The Great Test', '80MPH_') - but it's older and wiser. The emotionally razor sharp and edgy 'Harmony' will no doubt see lighters being brandished aloft at future shows, and 'Lullaby' will no doubt have even the most hardened hardcore purists singing a line of melody or two.

They're still five lads from the leafy suburbs of Surrey, but their well-reputed, ferocious live shows have been well captured on record, again by producer **Dave Sardy. Mop-topped singer **Colin Doran's enthusiastic, big lunged vocal performance on 'Savanna' is a sure-fire shiver-me-timbers-that's-good moment, and vastly improved performances from all the band - vocally and musically - and lyrical maturity (it's not all about girls this time around!), bolster HR's aural attack.

The only minor downside to 'Shatterproof...' is that, in essence, it's '_Ideas Above Our Station_' part two; its older brother, perhaps. The stadium rock-a-long of 'Still Be Here', while enjoyable on its own merits, mirrors 'Falter' almost eerily, with its epic, emotional choruses, and '_What You Get' is easily comparable to previous chart-shagger 'If I Could_', with its loud/quiet dynamics and bouncing mosh element.

However, 'Shatterproof Is Not A Challenge' is 100% proof of Hundred Reasons' staying power. With the UK scene currently drowned in the murky swamp of **Funeral For A Million Prophets** and Hiding With Silences, and 'Best British Band' plaudits awarded on a daily basis, HR are a shining example of proper British rock music. From the growling, bass-heavy strains of 'Savanna' through to the acoustic ponderings of 'Makeshift', it's good to say that rock is now back in the safest of hands.