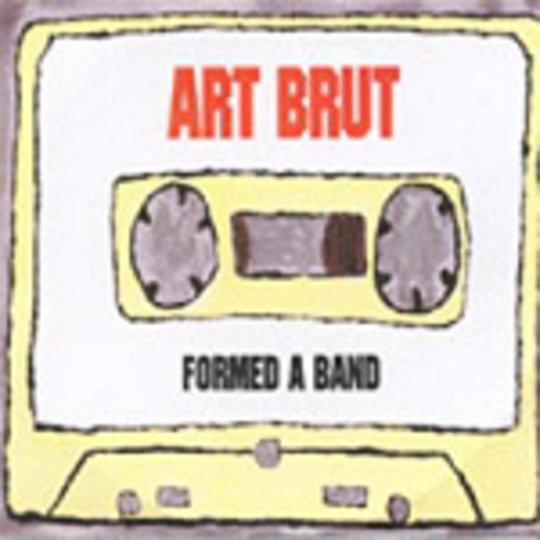 With south London five-piece Art Brut's glowing endorsements in the 'cool' mags, and their clothing sponsorship deal, inevitably there are people out there who hate this band already. Admittedly there's something very convenient about these art-rock newbies.

However, 'Formed A Band' barks its self-explanatory mission statement with an infectious sense of exhilaration and authenticity that grows as the song progresses. Think a blunter Bloc Party, a fizzier incarnation of The Fall, all shouty, chin-in-the-air vocals and spazzy but unfussy guitars. The overriding effect of is a genuine sense of excitement, defiance and energy thrusting them forward. And if it's all just posturing, they at least know how to put on a show. Either way, they're intriguing. It won't change the world but it'll set the night alight.