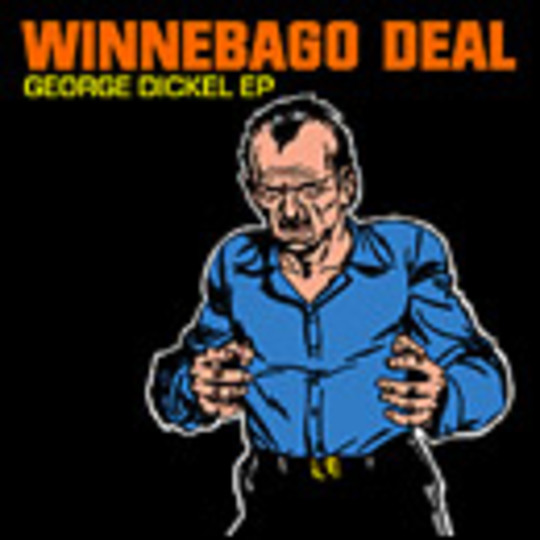 The 'George Dickel' EP may be more polished than previous Winnebago Deal offerings, but it retains the pure-rock pungency and stench of sweat and grease that we expect from the two guys called Ben.

Hell’s Angel-style riffs piss defiantly in the listener's face from opener 'George Dickel' onward; the Deal's lyrical diet of whiskey, trucks and shotguns is disclosed through the lines ”Serve it cold/Serve it sweet/Force it down double/And serve it neat”.

Rough, crunching guitars, howling vocals and nailed, blunt rhythmics perpetuate the alcohol filled carnage sonically as much as thematically. In spite of their minimalist approach (nothing more than guitar, vocals, drums here) the quality of the tunes over rides the lack of instrumentation.

A lot of bands with high-impact stage shows can lose something of their engagement factor on record, but not so the Deal, whose edgy, warfare rock retains the same live edge on record. A single, staccato piano note is the only part of the EP that's not part of the band's live performance. Resonating throughout the chorus on 'Hondo', this single note produces a rampant Queens of the Stone Age-style instant epic, with even greasier, gruffer, but somehow slicker vocals. Songs such as 'Snakerama' and 'Redneck' ("Got a red pick-up truck/Stained with the blood of his neighbour’s dog") imply an obsession with American trailer trash, but it's 'Missing In Action' that's the most insane song here. A cataclysmic frenzy of surgingly raw rock chaos, it's something 80’s Matchbox B-Line Disaster would be proud of.

Two EPs under their belt, Winnebago Deal have proved they've the capability to up the scuzz-rock ante when necessary. If their forthcoming full-length tops 'George Dickel' like this has topped 'Plata O Plomo', then it'll be damn-hella-good.