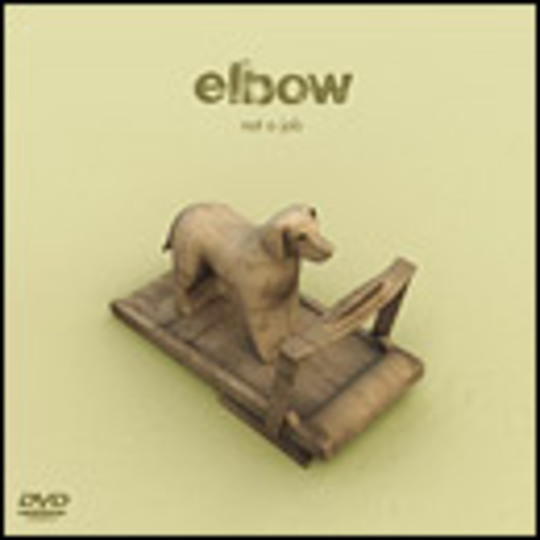 To say that Elbow are not a singles band is some understatement. When it comes to crafting pop gems set for soaring through the FM universe these guys have even less of an idea than Radiohead.

Guy Garvey, eyes glazed, stares at the frenzied energy and manic vitriol that dominates the indie charts and, with a shrug, lets his band ease out yet another of their world-weary anti-anthems.

The third track lifted from last year's dour opus 'A Cast of Thousands', 'Not a Job' is a mere slip of a song. It shuffles along with a melancholy tarred vocal that aches and throbs and is so close to giving up. You only have to listen to it the once for the bags to begin growing under your eyes, for its hangover to envelop you. Even the morphine induced chorus can't convince itself that life's worth living. It's probably how Coldplay will sound when Chris Martin's Hollywood life goes awry.

If all this should sound a little unappealing, just remember that Elbow's great strength is in the fact that their well-developed brand of bedsit miserablism never comes across as inauthentic. Their classy sorrow always rings true. Young indie pretenders like Keane and Snow Patrol might take note how the truly disconsolate actually sound.