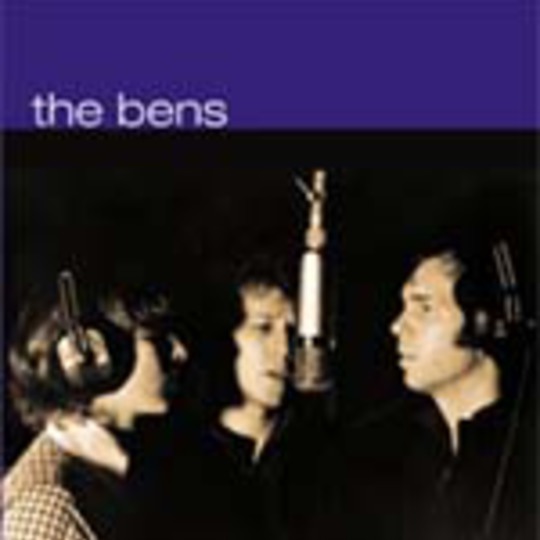 At last, it's taken a year - The Bens EP is finally here. Folds, Kweller and Lee released this originally as a tour-only offering, way back when they cruised around Australia together early last year. Sorting out an official release was only a matter of time - and you know what? The EP's a stormer.

You probably remember reading about The Bens on DiS some time ago. The notion of three solo songwriters - all named Ben - working together seemed a little bizarre, but intriguing all the same. What would it sound like? Would it be any good? Unsurprisingly, it sounds exactly as you'd expect a record by Folds, Kweller and Lee to sound. The three share vocal duties and the songs are as lush, melodic, intelligent and fun as you'd imagine.

Of course, listening to a Ben Folds record is very much a guitar-less affair. Not so with The Bens. The opening acoustic strum of 'Just Pretend' sends shivers down your spine even before the simple piano hook kicks in with Kweller's vocals neatly perched on top. But it's the harmonies - Oh! The harmonies. They get me every time. So, a good intro then. 'XFire' is where the 'fun' element of the EP comes from, with a chugging bassline, sporadic drumming and distorted synths. "You raised me. I'm amazed the radio plays me. (You don't phase me!) I got no sympathy - if you're not into me, then you're the enemy. (No don't shoot me!)." Interesting lyrics, then.

Third track, 'Stop', could also be called 'Lee's Lament' - a wonderful song that builds from a melody drenched opening to a distinctly noisier crescendo. But the sucker punch that the EP delivers is its final song, 'Bruised'. Essentially a Folds number with occasional backing vocals, he sings, "I went because you said you'd be there/A box of candy/Smoke in your hair/Explain it to me again and again/Like I care... Love just leaves you bruised... And I've got the scars to prove it" and sounds like he means every word.

If this record doesn't tug at your heart strings, whilst simultaneously fixing a grin upon your face, then you're obviously in the wrong place.

The EP gets a UK release on February 16th through recordstore.co.uk.