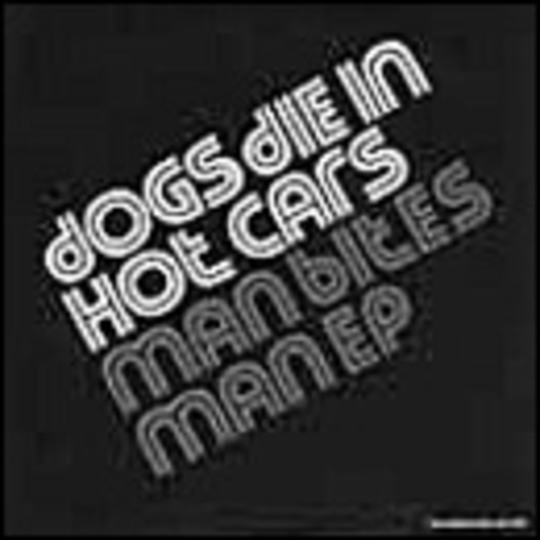 Having spent most of 2003 being courted by any number of labels, the Glaswegian groovers wot we know as Dogs Die In Hot Cars appear to be facing a real crossroads, already, even at this relatively early stage of their career.

Whereas ’Man Bites Man’ is a perfectly acceptable slaver of bouncy indie poppery with the usual Dexys references to hang it all round, and ’Queen Of Pumpkin Plukes’ acoustics along on a bed of its own nostalgic singalong spazness, the other B-sides on this record are pretty much the sound of a group under A&R pressure to deliver oodles of material. And quickly. Cause This Is Your Year, Guys™.

It all smacks of a move toward near-MOR poppery from DDIHC. Not that isn't as singalongy as anything in their oeuvre to date, but perhaps we're starting to see the first meanderings toward something that lacks some of the quirky sweetgroovin of which they are so, so capable. The Dogs always had a sorta jerky-shirty spiky edge to them; it’ll be interesting to see in which direction they can stagger from hereon in.