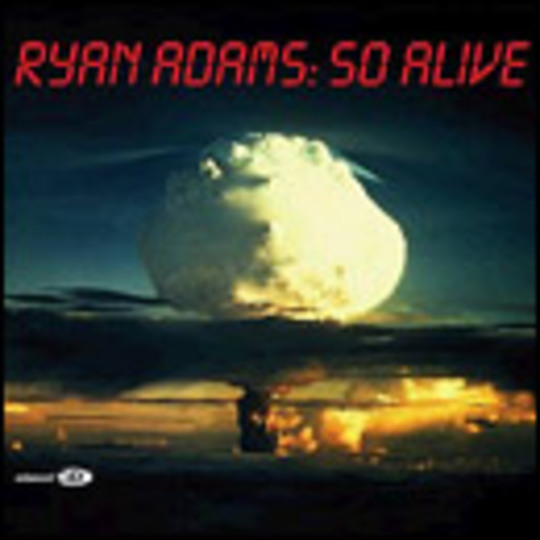 Last Autumn, in readiness for the release of his next album, Ryan Adams quietly slipped this song onto his website in order for fans to have a glimpse of what he'd been up to and what they could expect from 'Rock N Roll'. It was a bit of a false ephiphany.

Because, while 'So Alive' is a skyscraping song that gallops along like a lost collaboration between The Smiths and *U2* (really), it also deceived us into thinking that the rest of album would be as good. The bastard. Still, ignoring the ragged, flabby LP, we can concentrate on another excellent addition to the Ryan Adams singles club (current count: 5 entries), and gently wish that his last album contained more examples of urgent, eighties falsettos and Edge-like clanging guitars like this one and less homages to Oasis. I mean, Oasis... really.

Of the additional tracks, 'Don't Even Know Her Name' makes the single worth buying, with the rest decent additions to the Jacksonville man's burgeoning catalogue.