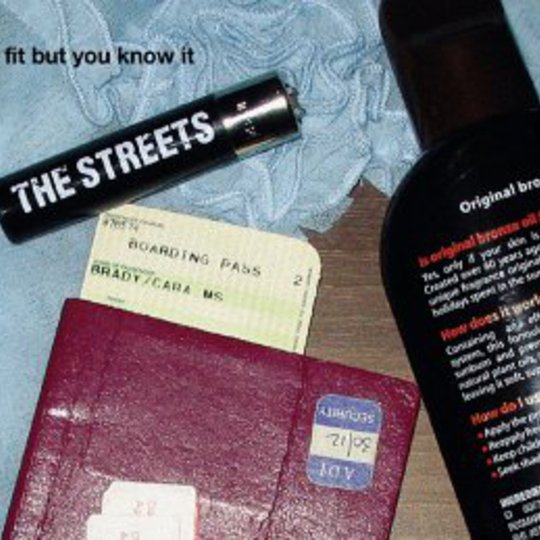 Cockney/Brum geezer Mike Skinner aka The Streets is, depending on which lifestyle bible one subscribes to, either the 21st century poet laureate or a gibbering fool.

New single ‘Fit... But You Know It’ will only continue the debate. It’s essentially the tale of a lad’s holiday in Tenerife featuring the prerequisite birds, booze and kebabs, and raises more questions than answers. Is this the world’s first pub rock/hip hop crossover? Is this ’clever clever’ or dumbing down? Is Skinner taking the piss (again)?

Whatever, ‘Fit...’ is already all over the airwaves like a dose of an especially nasty sexually transmitted disease, and is just as irritating. Why so? Well, maybe it's the repetitive, nagging guitar friff, the sing-song style vocals or the banal lyrics, especially in the chorus: "I’m not trying to pull you/ even though I would like to/ I think you are really fit/ You’re fit but my gosh don’t you know it". Fuck knows. It's probably all these things, topped-off with the overwhelming 'so bad, it's good' vibe that Skinner's made a career of.

One things for sure though, that in bars and clubs from Falaraki to Northampton, pissed up Brits will be glassing each other to this all summer long. A smash hit for sure. A hit... but you know it, if you will.

The Streets new album 'A Grand Don't Come For Free' is due for release on May 10th. Get the tracklisting and tour dates HERE