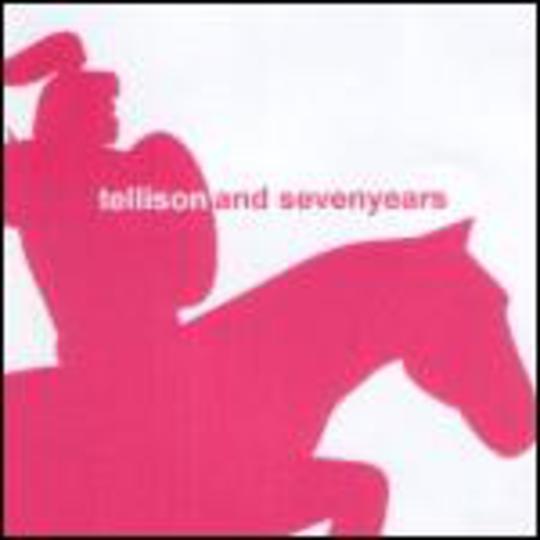 While record labels like BYO have had great success with split releases Stateside (Rancid/NoFX, Bouncing Souls/Anti-Flag), UK labels doing the same is something of a rarity. Ahead of the pack, then, is little-known indie label Jaws 2, with an interesting split with two promising young bands from our own fair Isle.

While '1112' holds an Idlewild-esque charm in its spikily melancholic musings, it's really the other three tracks on offer that display Tellison's potential. 'Reader', an upbeat slab of perfectly-skewed pop, sets things up in a promising manner, with a perky yet world-weary charisma that shines through. 'How They Didn't Knight Chaplin', in particular, is a song that certainly belies Tellison's years (the band are all roughly 17). Its epic, Stapleton-lite urgency and lo-fi awkwardness threaten to bubble up and explode at every turn, but frontman Stephen Davidson manages to retain its pop cool, and keep things suitably impressive. John Hannon's (Hundred Reasons, Copperpot Journals) lo-fi production suits the band perfectly (particularly on 'Painting'), and they'd do well to continue their apparent disregard for all genres currently favoured by major music rags. A refreshing take on indie and punk rock - good stuff. (4/5)

Sevenyears, on the other hand, are a completely different musical proposition. Straddling the line between dirty punk and post-hardcore, the Northampton bunch are an angry lot. 'Worse' is easily their best offering here; a fast and furious, adrenaline-fuelled screamathon that boasts some graceful female backing vocals throughout which, rather than grate with the band, add a certain grace to their spitting punk rock machine. Although other tracks like '_I Spit On Your Corpse' and 'Drum Tobacco_' suffer from predictability, Sevenyears have only tapped into their ability, and are certainly a band who promise good things for the future of the UK punk scene. Keep your eyes peeled. (2.5/5)

The Tellison/Sevenyears split is available through: