Demos For The Family 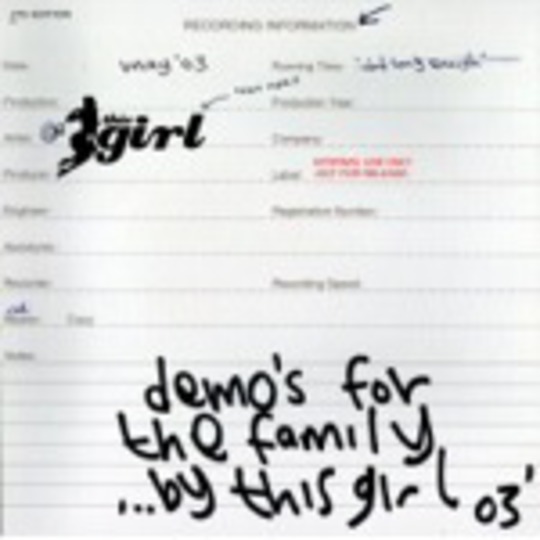 As a band who’ve played their hearts out on numerous high-profile tours - despite all being barely in their 20s - they’re a band that have been standing tentatively on the precipice of success all year; incidentally the same precipice off which *Funeral For A Friend *have slid comfortably to the forefront of British rock music. Only now, now they have one of the finest examples of gloriously invigorating modern rock music the UK has ever produced under their belts. And boy, are they in for one hell of a ride.

Their debut album showed some genuine promise but this EP shows *thisGIRL *exuding true soul-burning, melody-melting, sing-a-long-til-you’re-crying-with-aduration talent, and as such they are a precious commodity. You’ll find no pretentious over =emo=tional Americanised angst-venting here. Instead _‘Demos For The Family’ _soars with the most ear-wrestling of hooks, a tsunami of coruscating English charm, displaying an almost smarmy confidence capable of sending the next US invasion back on the next plane home with their tails between their legs.

Yes, they’ll be hyped to death in the coming months. Yes, they’ll be the ‘next big thing’ and, yes, you’ll want to hate them because *Lostprophets *fans will utterly adore them. But trust me, they are worth every disjointed hack’s overblown hyperbole. And £50 says they’ll be headlining the Astoria this time next year.