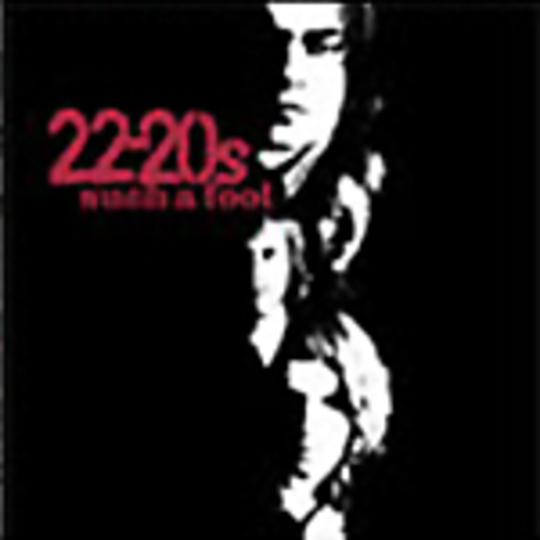 Back in May 2003 when 'Such A Fool' was first released, DiS praised its "guttural guitar assault" and suggested 22-20s peers The White Stripes move to Lincoln.

Jack and Meg have yet to make that move. 22-20s have been playing this very single, and their fine debut album, live for nearly two years. Singer/songwriter/guitarist Martin Trimble & co must surely be wishing for the day when they can move on too.

For now, 'Such A Fool' will suffice, its breathless, urgent pace topped off by Charly 'brother of Gaz' Coombes' Hammond organ. To some, said instrument is the indie equivalent of go-faster stripes. Here, Coombes' key work makes it sound dirty, giving this song, a much needed, vital edge.

Trimble must be gagging to get back into the studio though. Perhaps he should enlist the help of Jason 'Spiritualized' Pierce. Under the guise of Spaceman (an apt description if ever there was one), his remix of 'Hold On' floats it onto another level. Given their shared love of the blues, and Pierce's gospel stylings, a 22 20s/Spiritualized mash up would make perfect sense.