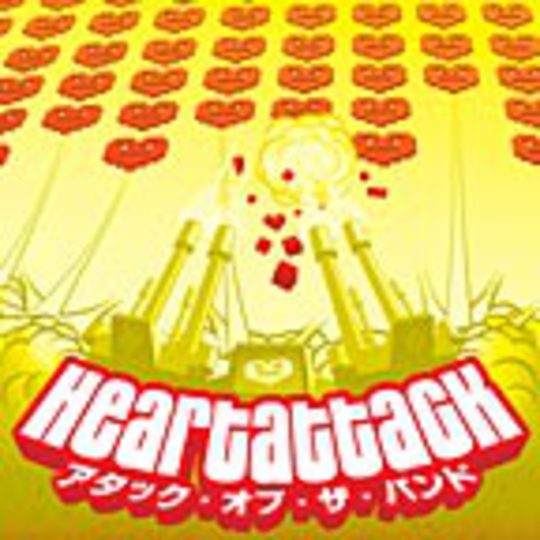 It’s hard to believe that Swedish punk powerhouse *Burning Heart Records *are just ten years old. From inauspicious beginnings touting awesome local mid-90s melodic punk (note: _not _pop-punk) and hardcore such as *Millencolin, No Fun At All *and the monumentally important *Refused *these guys have done us proud, not just with the quality of their output, but with their sheer diversity, proving that punk rock needn’t drown itself in stagnant, one-dimensional carbon copies, but that progression, originality and - dare I say it - a tinsy bit of style are the name of the game.

So rather than trawl the vaults for a retrospective Dischord-esque boxset, 'Heartattack' is a 2-disc marker of where they’re at now and also where they’re heading, promoting the most recent material from their brightest hopes, from the full-on blastbeat grind of Nasum *and the camp sleaze ‘n’ roll of *Turbonegro *through to the indie-folk of *The Weakerthans, the post-punk cool of Division of Laura Lee *and the awesome hip-hop of *Promoe. Wrap your ears around these beauties and I dare say you’ll find a more varied, spirited roster of artists on any other European label.

But it’s Disc 2 that is the selling point here: 14 incestuous collaborations and covers you’ll not find anywhere else, such as Division of Laura Lee’s cover of Minor Threat’s ‘I don’t wanna hear it’ with Ebbot and Ian from Soundtrack of Our Lives *on vocals; *Nine *pulverising *S.O.D.’s ‘United Forces’ with members of The Haunted *on vocals; *Randy *with Fat Mike singing an unreleased anti-punk song; *Turbonegro *laying into *Iggy Pop’s ‘Repo Man’ and Millencolin *covering an *Asta Kask *song with Miezko of *Nasum *on vocals, not to mention a guest appearance from *Deep Elm’s finest *Sounds Like Violence *with ‘You Give Me Heartattacks’ just to hammer the point home about how excellent this is.

Forget Punk-O-Rama, Warped Tour and all the other cheap-as-chips samplers. Save your money, get this then head to The Underworld, Camden on February 3rd for a special Heartattack club night with DJs sets from members of Millencolin and Burning Heart Head Honcho Peter Ahlqvist.