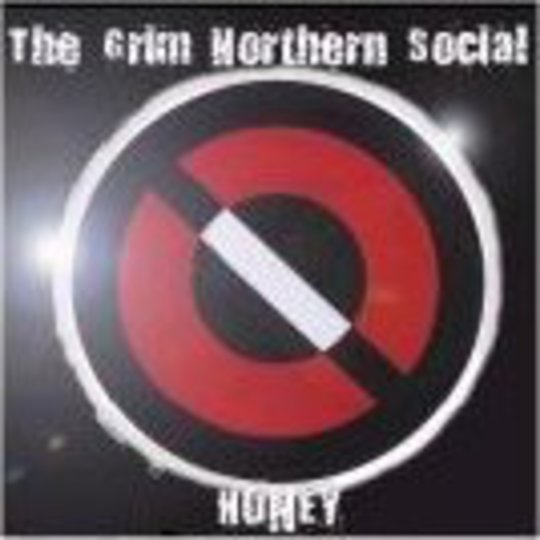 The Grim Northern Social are a Scottish band who have recently won all manner of fancy-titled competitions, which in the end, have resulted with them securing a deal with One Little Indian. So expect a lavishly-produced album soon no doubt.

Of course by my use of the word lavish you will doubtless have guessed that I quite liked this single. It's big, it's bold, and it's confident. The lead singer looks and sounds like a modern day Police-era Sting. The lead guitarist looks like he should have been in At The Drive In or Mars Volta. The drummer seems to have built himself around Sid Vicious and everyone from Green Day. And the bassist, well, he looks a little like my granddad. But don’t tell him I said that.

From the title track 'Honey' to the last of the three I got the impression that these guys want to settle not for smoky, sweat stained pubs, but the anthemic arenas of mighty songsmithers the likes of Coldplay, Oasis and Travis. They want to go down in the annals of history.

Luckily however, they sound nothing like the aforementioned. Instead, twisting and turning through a warped mix of The Flaming Lips meets Mercury Rex, or T-Rex fronting Radiohead. The music flailing and bounding through intense rugged guitar and heavy pounding drums.

It's interesting, it really is quite good, it's even a little different. But then so were Coldplay, Oasis and Travis when they first started out. So it's up to you guys, how you gonna play it next?