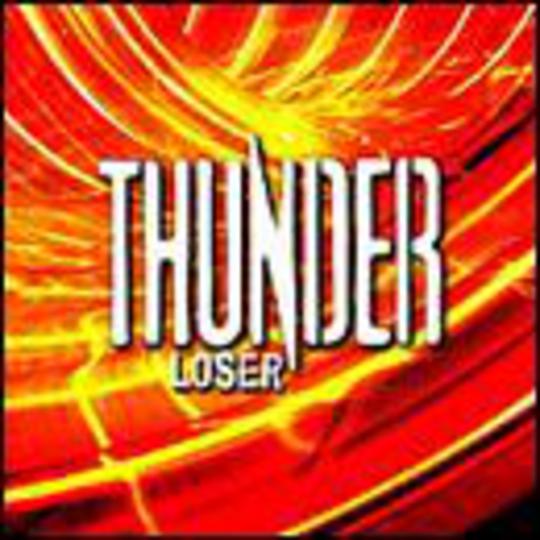 These days, you don't need to be a good musician to play rock music. Guitar parts are simple, strong vocals are less important than good looks and the rhythms are basic. While there's nothing spectacularly complex about the music Thunder perform, what's oddly refreshing about their classic rock sound is that they look back to an era when technical playing ability actually meant something.

'Loser' is exactly what you'd expect from an early '90s classic rock act that somehow survived the millennium. Soaring over a monumental guitar riff are vocalist Danny Bowes' superbly accurate vocals, possibly typical of his era but superior to most modern efforts both in technical accuracy and expressive quality. His range is huge, and equally comfortable when pitted against the onslaught of the full band as it is in the more subdued sections. The single also features two recently-recorded live tracks, of which the Petrarchan 'River of Pain', originally from the band's 1995 album 'Behind Closed Doors', can also be played as video footage on your computer.

The lyrics are hackneyed and the overall format unoriginal, but with amazing guitar solos, superlative singing and theatrical onstage antics on the live video, it's a pity that this sort of release will probably only generate any interest at all from the long-term fans.

Sample the single, and other songs from the band's recent album, here.

You Gotta Go There To Come Back