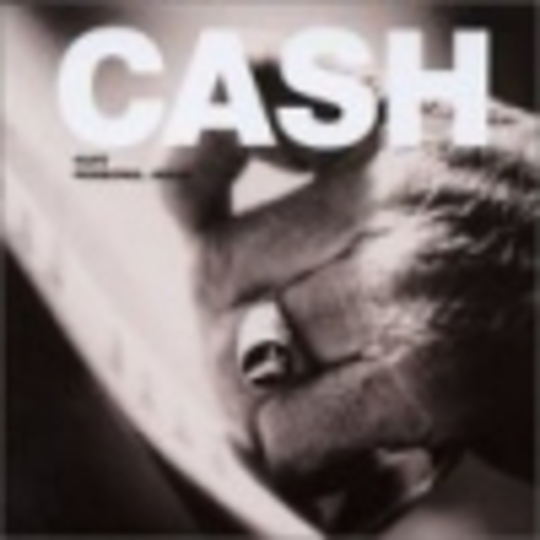 I wish all cover versions were this interesting and this genuine... forming a bridge between musical styles that to all intents and purposes are alien to each other ... in this case a legendary icon from one world of music covering a song written by an icon from another world.

Johnny Cash, his voice both rich with authority and fragile with old age, injects a kind of intimate dignity to Nine Inch Nails's pathos ridden postscript to 'The Downward Spiral' album, but where Trent Reznor was whispering a reflective eulogy on self destruction, Cash is being ravaged by the gradual physical disintegration that will probably get every one of us in the end. As I'd kind of expect with Rick Rubin producing, it sounds very intimate and simple, just an acoustic guitar and gentle piano chords backing that voice... emotional, naked and unadorned, like the legendary 'Man In Black' is in there with you, singing to you in your room. I didn't miss the erratic electronic textures and effects that were prominent on the original, and though it's occasionally evident that this is a singer wandering in territory far away from his musical origins, it's almost impossible not to be won over by the serene beauty of this record.

..Worth mentioning that the second track (It was *so* much cooler when you could call them B-sides!) contains another foray into industrial classics, namely a cover of Dépeche Mode's anthem, 'Personal Jesus', which is styled into a dark acoustic blues rock stomp that suits it well,and also worth highly recommending the album these tracks are taken from - 'American IV: The Man Comes Around', released last year on American Recordings