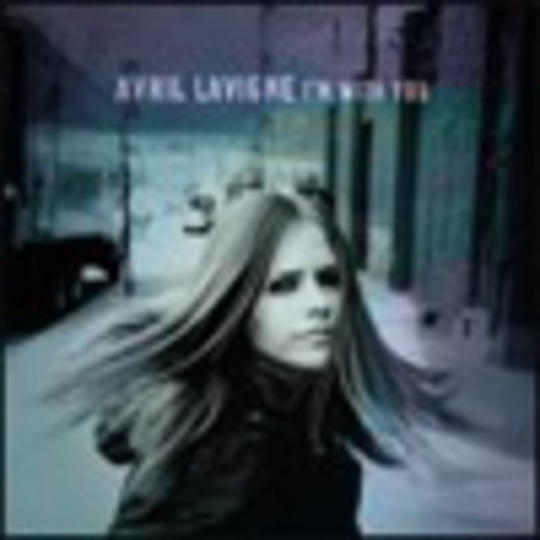 There's nothing intrinsically bad or wrong about Avril Lavigne. In context. I mean, there are certain moments where I quite, y'know, like her. Grammatically, 'Sk8er Boi' may be a triumph for a future generation of illiterate suburban children, but that didn't stop it from being a corking tune.

No, what pisses me off is this sudden, Stalinist re-write of the girl by the big press (frankly, I'm talking about the NME here), pretending that she is some '4real' god-sent pop/rock saviour to help us through our dark ages of rock (see Pink six months ago). She's not, lil' Avril was going to be a country singer, until her record company realised that sk8er chic(k) was a far more viable prospect worldwide. So what happens when the demograph changes? Well, more singles like this, most likely.

'I'm With You' is a screeching, sub-Alanis, mid-tempo dirge that manages to almost instantaneously eradicate any of the good work of her first two singles by being as bland, sedate and generic as 'Complicated' and 'Sk8er Boi' were spunky and cool. It reeks of a misplaced sense of maturity, which only a major record label would see fit to display/engineer, merely three singles into an artist's nascent career. And it will continue like this forever more.

This is the future. Be very afraid.