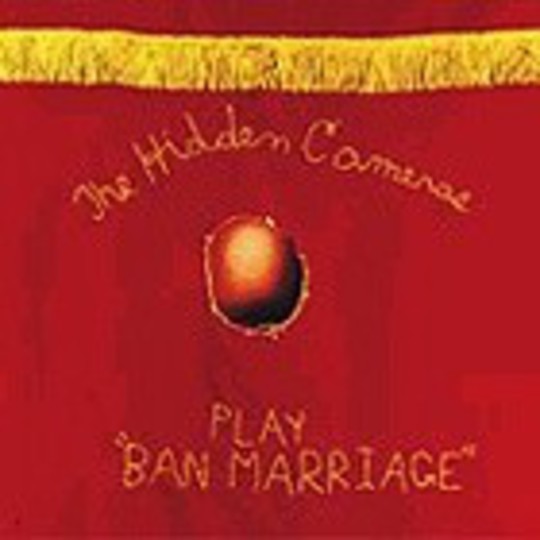 Prejudiced? Homophobic? Anti-Indie? Well, fuck off. Chances are you’re not welcome round these parts anyway. And you definitely won’t want to hear about The Hidden Cameras.

Coming out (almost literally) of Toronto like a gay Godspeed You Black Emperor! – well, they’re a gang of Canadians at least – it’s a wonder this fluid clan of sweet-throated oddballs haven’t been beaten to death by rednecks yet.

The lyrics are delivered with such Stuart Murdoch tweeness that it comes as a genuine shock to read the actual content, stuffed as they are with innuendo and cheek. It’s like The Polyphonic Spree, except without the knowledge that one of them used to be in [vaguely embarrassing mid ’90s weirdoes] Tripping Daisy.

‘Ban Marriage’** will almost certainly be the unappreciated anthem of 2003, but it doesn’t have to be. Gay, straight, or just curious, this is the soundtrack for a generation that boasts infidelity as its middle name. The Hidden Cameras have their sweaty fingers on your pulse; better give ‘em what they want.