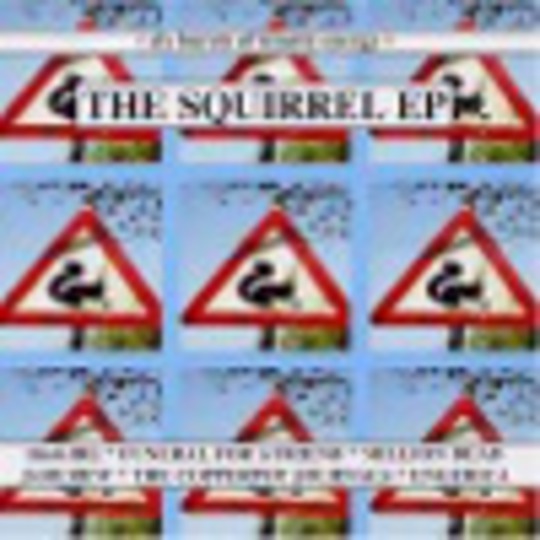 Quite simply one of the best ideas to emerge in CD format for a very long time. Many a DiS wine-tasting session has been ruined by torrid arguments along the lines of "Who's your favourite UK Screamo/Emo/Post-Hardcore band then?". Not very original I know, but there you go. But now such traumas can be averted by having the pick of the bunch lined up on one 6 track EP for your own judgement.

thisGIRL's 'Ocean Of Thanks' offers a modern update of the grungy, quasi-psychedelic riffing previously the forte of Soundgarden and Pearl Jam minus the sludgy undertow. It's enveloping and dizzying, whilst keeping you on your big rock toes. It is indeed, very very good. Funeral For A Friend are by far this Isle's best exponents of screamo, somewhere where emo and metal dare to meet in dark corners occupied by the mentally disturbed. In this CD competition, they do hold a bit of an ace; 'Juno' is the best FFaF song I have ever heard. In fact, it's the best rock song I've had the pleasure of warping my brain with for a very long time. It's got histrionics, dynamics, rage and buckets of sullen, accepting miserablism. Just about perfect then.

Engerica's 'Crooked Sex' is as fabulously fucked us as its title suggests, all detuned bass hammering and pervaloid screams, making it sound like an S&M Davros on crack. Oddly enough, it's the tune that fits in least in this EP, making it stand out even more. With 'Coronary', **The Copperpot Journals** are perhaps the most balls-in 'emo' of the bunch and offer wonderful tuneage in a literate, guitar throttling, malleable maelstrom fashion. Yes.

Jarcrew have yet to recreate their intense spazmatazz live shows onto melted vinyl to full affect and thusly 'Destructor/Creator' is a bit disappointing after you've seen the crazed whites of their eyes in a sweaty North London/Welsh hell hole. Million Dead are probably the most infant of the bands, but possible the ones with the most panoramic vision. '_Reformulating The Challenge to Archism_' (yes, very cool, I know) sounds like Bright Eyes on a 'shaft yourself with a rock axe' course, if Conor Oberst understood the value of prog in your hardcore. Very badly explained, I know, but hey, go see, have a listen.

So who wins the battle of the bands? At a canter, it's Funeral For A Friend. But to be fair, they were cheating. I mean putting your BEST song on. That's just cheeky. And thrilling. Close in the race are The Copperpot Journals, who haul their non-more-emo ass into second and the rest run in together, chest out, over the rock school sports-day line proudly joint-third.

Who's your favourite UK Screamo/Emo/Post-Hardcore band then?