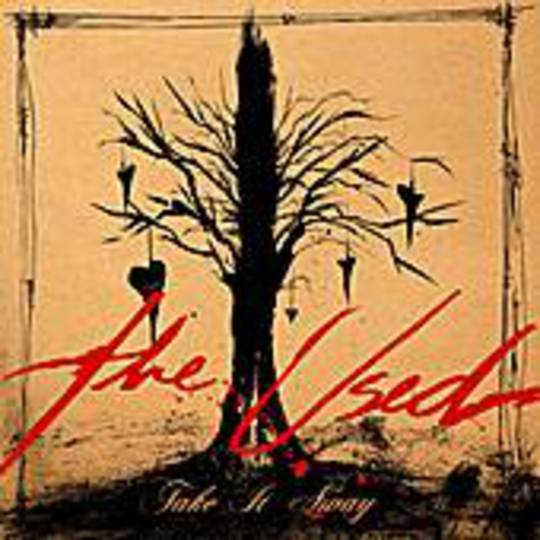 It's desperate really, how The Used try to be this behemoth of rock. A clichéd, repetitious vocal line sung by Kelly Osbourne's ex, Bert McCracken is delivered over a hideously over-produced meandering set of riffs. It's not that The Used are any worse or better than anyone else in their genre - but that's just the problem. There is just so much of this contemptible screamo/metal/whatever-the-hell-it's-called-today rubbish, that I find myself wishing for just something to set it apart.

You can hear the band trying to sell records and maintain interest with what appears to be an attempt at a hook into the chorus, but ends up making the entire song sound like a drone with someone being injured for interest's sake at the end of every verse. There is a whole subculture of people now who have been weaned onto this via the Busted -> Blink182 route and are looking for something a bit 'edgier', but the problem is whilst this is louder and screamier than the two afore mentioned bands, the lack of any sort of melody or decent chorus makes for what is essentially a 3-minute dirge of MTV2-style teenage rebellion.

The Used want to launch a 'violent, dynamic attack' with this single, but end up with something so bland, hackneyed and repetitive that listening to a mobile phone ringtone would provide more excitement. Avoid.