Stormy In The North, Karma In The South 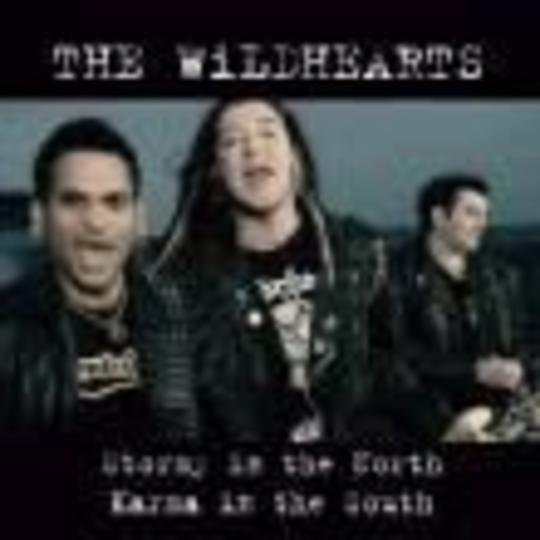 The Wildhearts - aren't they that band that's been around for ages, keep missing the big time and keep splitting up? The answer may well be "yes", but perhaps this oft-repeated question is missing the point. The real issue here is, what rock bands are there that stand out of the melée of trend-following nu-whatever that's drowning most of the talent in the music industry - who's setting the trends rather than following them? The answer, for anyone who thought that rock was meant to be a positive experience rather than an introspective whining process, could well be found in this brand new dose of melody-laden, crunchy riffage from Britain's most indestructable band.

That's the mindless hype over - so what does the record sound like? Anyone who was disappointed with 1997's sublime but intensely negative Endless, Nameless, will be pleased to know that The Wildhearts have gone back to doing what they do best - heart and soul rock & roll whose tunes make you go all funny inside and with riffs a-plenty to back them up. If you happened to hear last year's Vanilla Radio, a piece of glam rock for the 21st century that stormed into the charts to the surprise of virtually everybody in the music business, you'll know what I'm talking about here.

This may not have the complexities of some of the band's earlier releases - instead, it rushes at full pelt from the huge opening riff to the final rousing chorus without any of the quirky and often psychedelic time-changes that characterise much of their output - but it is everything that radio-friendly rock should be: heavy and rhythmic metal spliced with some killer tunes. And with a great video and high-quality B-sides to back it up - including the superbly-titled '_You Got To Get Through What You’ve Got To Go Through To Get What You Want, But You Got To Know What You Want To Get Through What You Got To Go Through_', it's just possible that there'll be something remotely exciting going on in the charts this year.