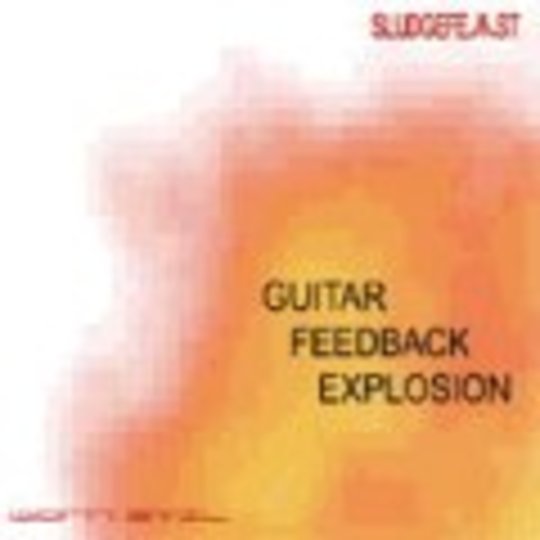 Judging by the noise that Bournemouth's Sludgefeast create, living by the seaside does strange things to a person. They give us what can only be described as the lowest of lo-fi garagepunkmetal rock which sounds like it was recorded in someone's bathroom with all equpment turned up to 11 and a paper bag placed over the microphone for good measure.

The sludge in their name is a tad misleading, if however, you fancy the idea of some trashy Stooges & Black Sabbath-influenced garage rock with much distortion then this is your baby!

First up is the rocker 'Born Evil' , followed by the short & sweet _'All Night Long_. Next up an inspired version of the Tom Petty-penned _'Anything That's Rock 'n' Roll'_ with the bar room boogie suiting the distorted garage style.Not even Abba can escape the evil clutches of The Feast as their 'S.O.S gets an almighty mauling, just a selection of the 55 tracks apparently at their disposal; all of which were recorded in 5 hours.

So, a band you are either going to love or hate. My only real moan would be the cover; it's too nice, too tidy and in no way reflects it's contents...you just wouldn't expect the evil trashy rock 'n' roll that comes spewing from the speakers to be contained in such a thing!

What's on at the Movies?