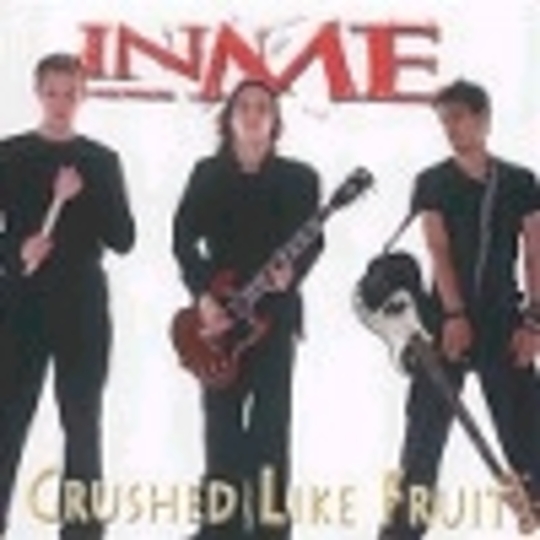 In fact it seems as though we’ve crossed into a parallel dimension here. One where stadium production values mean more than, like, a decent tune; where 'tight riffage’ seems to be something to aim for, rather than a nasty-sounding affliction; where distinctly average metal bands are lapped up by hormone-charged kids ‘connecting’ with the open-ended whimpering lyrics as they desperately try to work out the point of their existence. Whatdya mean this is what the world is really like? Well, at least everyone knows metal – with a few notable exceptions – has been a creatively dead genre for years. Don’t they??!?? Huh? Oh forget it.

There are still a few questions to be answered, however. Primarily, what happened to the voice of InMe’s pre-pubescent singer? Dave McPherson is his name apparently. One minute he’s growling like a Puddle of Mudd audition (always been such a fan of fifteenth rate grunge descendants), next it’s all Matt Bellamy garbage. And Kurt Cobain has a lot to answer for too, his genius having inspired InMe types the world over to recycle his vision and pen rubbish nonsensical lyrical riddles. Even better, there’s some ever-so-heartfelt ‘pain’ and ‘suffering’ references that should afford much laughter to those not prone to extended bouts of self-pity.

Too simplistic? Perhaps, but then the song is too – devoid of innovation, excitement or anything specifically redeeming. And anyone about to claim that pushing things forward isn’t that important can stick the entire UK second-hand record shop stocks of Oasis albums right up their arse. Cos you’re wrong.

A million bands in the vein of InMe exist, so why has this risen to the top floater-style? The intro to ‘Crushed Like Fruit’ chugs along nicely, but then...Wait. Hear that? That’s the sound of all interest exiting, taking with it any desire to give a shit about InMe. And that? That’s the sound of ‘Crushed Like Fruit’ being thrown like a Frisbee. Good riddance.