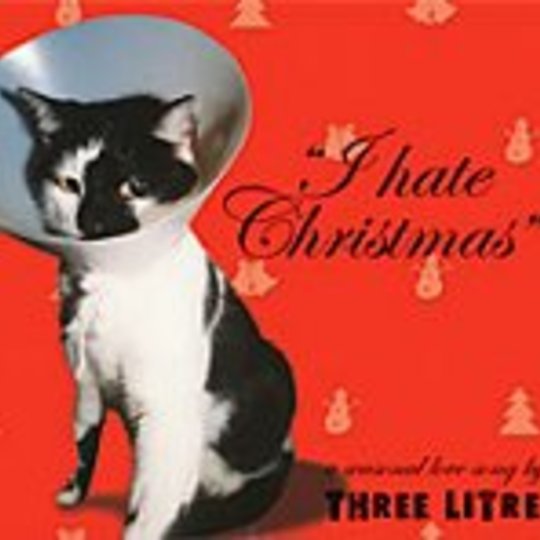 As a general rule of thumb, Christmas singles are all naff, right?

With the exception of The Pogues, Santa Claus Is On The Dole by the Spitting Image team, and maybe (at a push) Mel & Kim's adaptation of Rocking Around The Christmas Tree, there have been some real stinkers (see Cliff Richard catalogue circa 1960 onwards).

Three Litre have decided to change all that and had a go themselves - and what a damn fine effort they came out with. 'I Hate Christmas_' (hear a clip here) has all the melancholy of The Smiths in the lyrics mixed with the indie pop musical sensibilities of The Bluetones**.

This is the ideal Xmas song for all of us who see Scrooge as a Saint rather than a sinner. With lyrics such as "If I was a reindeer would you let me pull your sleigh? / I got my red nose from the grape and the grain, dear but I'm down to just a bottle-a-day", the band provides the perfect alternative to the Queen's Speech.