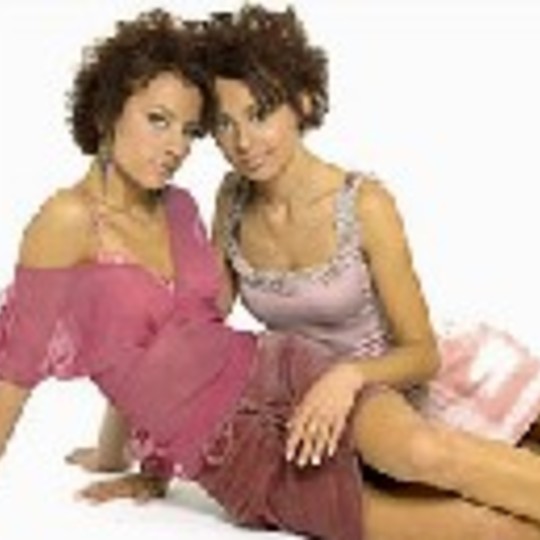 I'm really not sure what's going on here but this is the new Whigfield or some shit like that, and it comes from two skinny waif 'Pop Stars: The Rivals' rejects (as another rather fine popular beat combo Liberty X did, sorta, back in the day), and should you be witness to one of their jaw-droppingly dumb TV performances you will either a) grin like a fool, or b) throw something solid at the screen. Me? I like pop music (some of it). I think pop music is grrrrate. Personally, I would have Westlife all at once, as long as I didn't have to listen to their music.

The Cheeky Girls then. It's one of those songs which'll be all over the telly and radio this Xmas. Be afraid. It has that annoying repetitive beat, really annoying vocals, absolutely terrible lyrics - all ingredients of a Hit Single, and it doesn't take Sherlock to work out this is going to be a massive hit.

It'll also annoy the boring indie musos and punk kidz to the max, which makes them almost as good as Busted. Yippee!