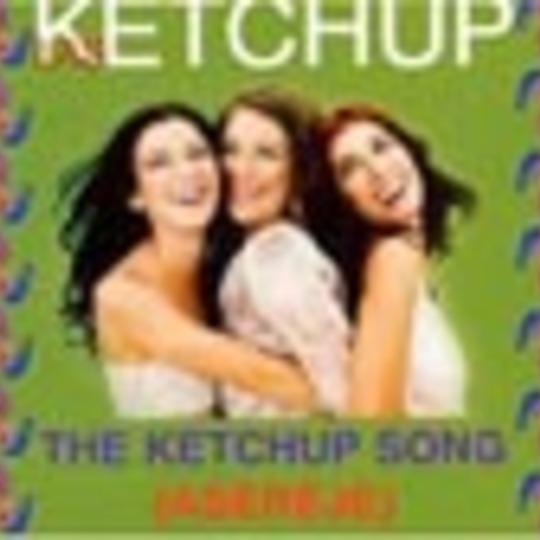 'a hey a ha a hey a alalalalala....'. Chances are if you've been on holiday to Europe over the summer, or within spitting distance of The Box you will have known this song for some time now. Las Ketchup are three slightly odd looking women from Spain who are the proud exponents of this year's Macarena. It's got dance moves (wiggle your hands, thumb a lift, raise your arms, knock your knees together) and a sunny video where the trio serve drinks in a beach bar.

The Ketchup Song is better than the Macarena though, for two very good reasons.

1. Its chorus is a very Spanish europop interpretation of Rapper's Delight.
2. Unlike previous euro-cheese to hop the channel there has been no attempt to cack handedly translate the lyrics into broken English.

Point 2 is particularly amusing because everyone sort of knows how it goes but tends to make up every single word after "a hey a ha a hey" (see opening sentence). It's quite feasible that this single is going to become the biggest selling non-english hit ever to top the UK chart. Which is good because the previous owner of the title is probably Celine Dion.

It's not smart, it's not clever, and it's not going to get a single positive review outside of the teeny bop press.

Except here because it's ace.