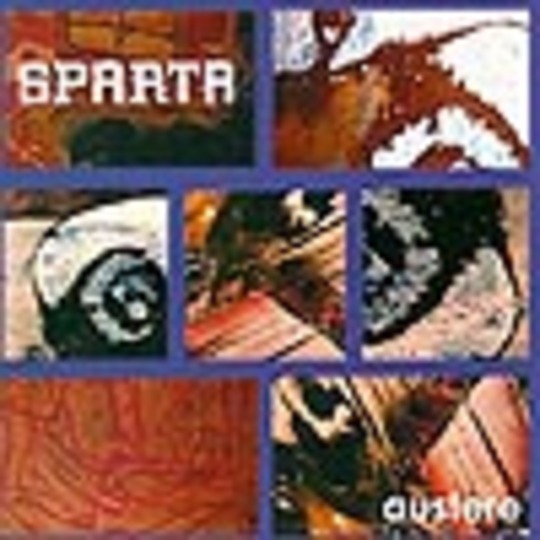 There’s no mistaking that **Sparta is the new home to ex-members of At The Drive-In. Sparta could be best described as a tamer version of it's older self.
Fronted by ex Drive-In guitarist-singer, Jim Ward, Sparta could be in parts a clone of his previous band. There is a haunting similarity between the beginning of 'Cataract' and At the Drive-In's 'Invalid letter Dept.’ Yet at other times ”Austere” ventures into uncharted waters and shows that Sparta could be a band of it’s own.

There is a definitive electronica undertone in all songs, which will do it’s part in separating Sparta from At The Drive-In. Though electronic elements are there they are not as experimental as those used in one of the other At The Drive-In spin offs, De Facto.

”Austere” serves as a starting point for a band who see their Drive-In days as the past, but may forever follow them.