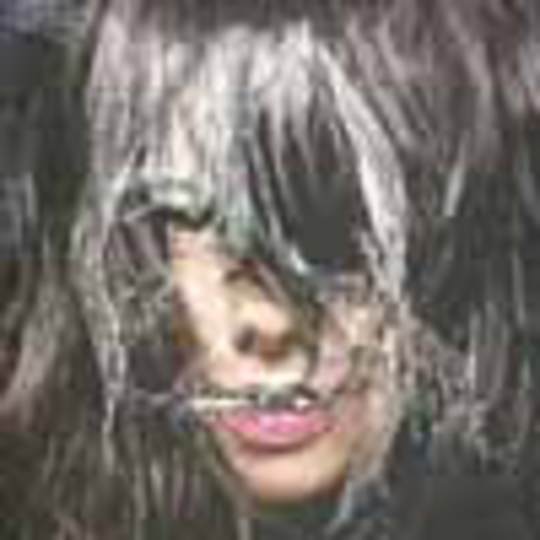 Bjork’s retreat from the media front line is hardly surprising really, considering the amount of patronising and lazy racism she’s had to endure. Like the way Chris Evans and others would talk to her like she’s six years old or something, and all those comments from the music press calling her a pixie and elfin and the like. God that annoyed me. Perhaps it annoyed her, though the only unusual thing about her attack on that journalist in the airport some years ago, was that she didn’t lash out like that more often.

Okay, so maybe she played up to the image of the dreamy, childlike naif. Perhaps she likes to play that role, perhaps that _is_ what she is. But so what? What’s wrong with being dreamy anyway? Still no need to be talked to like you’re an imbecile. And no dizzy-headed infant-woman could possibly create music of the pristine beauty of her latest work.

Bjork Gudmundsdottir’s new single, ’Hidden Place’ is about love in a cold climate, about retreating from it all with a certain someone: “I’m simply so close / to calling you up / I’m simply suggesting / we go to that hidden place”. she purrs over gentle, sweeping, skittering electro.

So fresh and so clean, the music is like a cool, sharp breath of fresh air. Spacious like empty, ice-blue Icelandic skies; pretty like tiny, brightly colourful tundra flowers. A song, a wish to shut the door against the snow and the howl of the outside and to wrap up snugly together. A Venus and a boy in furs. Drifting into a private world whilst snowflakes melt on eyelashes. And, at last, freedom.

Romantic in it’s true sense and cool in every sense, Bjork’s sexy new song, - like her sexy new (excellent) album, ‘Vespertine‘ - is Bjork at her Bjorkest best. Wistful and swimming with dream-like imagery it may be but still undoubtedly the work of a thoughtful, intelligent, emotional grown-up.

After all, in a culture that sneers at originality and views true creatives as freaks, what sensible person wouldn’t want to hide away in a hidden place from time to time?

Bliss To Be Alive