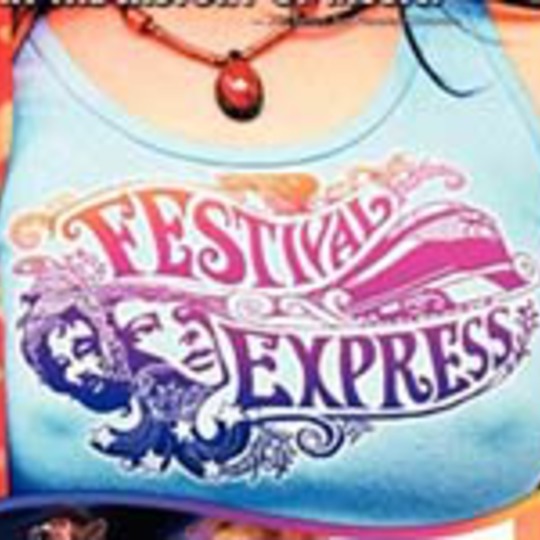 After the disaster area triumph of Woodstock and the disaster area disaster of Altamont, it seemed like the Peace and Love ideal was dead in the lysergic-laced water. Yet, two promoters in early 1970 decided that they’d organise one last party – on a train. Festival Express documents a journey across Canada. It is a movie packed with performances from some of the greats – Janis Joplin, The Band, The Grateful Dead and The Flying Burrito Brothers are to name but a few. Rather than setting up a single event – the Isle of Wight festival one month later would reinforce the fact that putting six hundred thousand people in a field can be a truly bad idea – the festival organisers set about hiring a train and speeding a ‘Class A’ line up of artists across the country - playing when they stopped, and more vitally, playing when they didn’t.

Using the Oriental Express as an inspiration for both the spiritual and logistical five-day trip, promoters Ken Walker and Thor Eaton, stuffed their ‘Festival Express’ with a fully equipped dining car, numerous jamming rooms and not very many beds. What remains is acclaimed director Bob Smeaton’s (the man responsible for The Beatles Anthology) film of debauchery, timeless music and some very special collaborations. Since the idea of the ‘free festival’ was put forth following a declaration from the three planks of wood and a bed sheet that made up the framework of the Woodstock stage, the train’s arrival in Toronto prompted immediate rioting from those who believed a $14 ticket for an all day event was “just taking the piss man”. After The Grateful Dead had worked through their afternoon set, the promoters realised that the returns from this expensive venture were going to amount to a pittance. As the festival arrives in Calgary and Winnipeg, it is interesting to watch thousands of tye-dyed kids, supposedly fuelled by peace, love and understanding, fighting with police, themselves and probably the couple serving at the nearby hotdog stand. Yet thankfully, the music remains the constant force throughout. Jerry Garcia’s guitar playing, The Band’s groove and most outstandingly Janis Joplin’s voice. Captured on stage just two months prior to her death, she as viscerally abandoned as ever – her vocals seemingly wrenched from the pit of her Southern Comfort stained stomach. ’Cry Baby’ and ’Me & Bobby McGee’ are utterly intoxicating.

Later, we are given a rare insight into some of the best musicians of the time - jamming, writing and having the time of their lives. Having run out of alcohol, the train makes a pit stop in the middle of nowhere. Luckily in 1970, the middle of nowhere contained a fully stocked liquor store. With the whole of the shop bought out, the crates are loaded onto the train and the bar officially opens. All good parties contain elements of the unexpected and this one was obviously no exception. As the bottles of bourbon and vodka are distributed through the carriages, a particularly large magnum is spiked with a batch of very strong hallucinogenics. The resulting fall-out is as hilarious as it is exciting, with The Band’s Rick Danko leading an inspired blues-gospel jam with various members of The Grateful Dead, Buddy Guy’s band and of course, Janis herself. As cabbaged faces stare on in fascination, one lost soul sits back, head in hands, screwed up by a mixture of witnessing spontaneous genius and ingesting the best mescaline this side of the Nevada desert.

Kept under wraps for almost thirty-five years, Festival Express documents a time when popular music was filled with musicians striving to play the best music, not chancers trying to play at being the best celebrity. It also shows that for all the joyous intentions the late 1960s threw up, the party just wouldn’t, couldn’t last. Important, fascinating and celebratory, Jerry Garcia’s self-proclaimed “best time in rock n’roll” is in every sense, worth the trip.