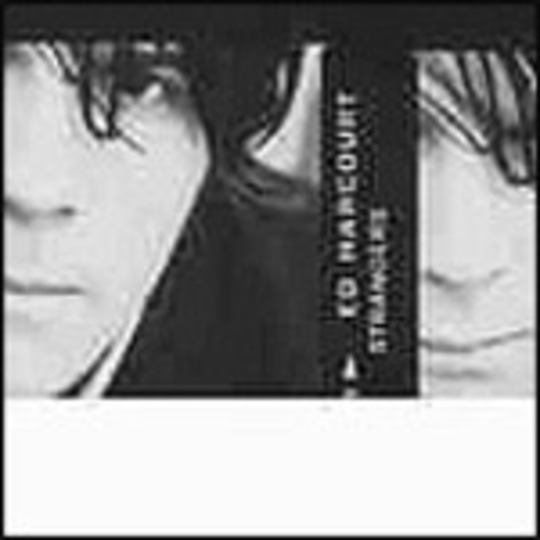 Consistency. As we live in the day of iTunes, a world where we can plunge our hands into a virtual jukebox for a pick'n mix-style selection of music, we've become less forgiving of the padding, fat and gristle that accompanies so many albums. Why suffer 20 minutes of mid-record bleugh, when we can just trim the bugger down to something infinitely more palatable?

Despite being an obviously gifted (and somewhat very aware of it) young man, Ed Harcourt has always seemingly held himself back through lacking that final touch of quality control; the inability to tell himself, or be told that sometimes, he throws things into the mix which just aren't good enough. Four albums into his career, and we need to see a sign that he understands the virtues of consistency, that he's developed the ability to ignore the wayward strokes that mar his otherwise lovely canvasses.

And initially, 'Strangers' starts off brightly; 'The Storm is Coming' is like Turin Brakes but with a big pair of cojhones. It's an earnest opener, but of course Ed has earnestness oozing out of his piano-thumping paws - he's one of those tortured singer songwriters, dontchaknow - but it's nicely measured against some playful tunefulness, such as on the romping 'Born In The 70s', which sounds rather like Mancunian idiots James' 'Laid' but comes out very well as a result. Fans of wrought hands will be relieved as drama and self-immolating misery quickly rear their head in the whiskey-sodden ballad _'This One's For You_' - sounding rather like a Budweiser advert as performed by an alcoholic. So, far so good, but unfortunately, things sag in the middle as we take a step towards the histrionic on the tumultuous, violin-driven '_Let Love Not Weigh Me Down_', which nods towards dark-minded legend Nick Cave while never reaching his peaks. The lazy, hazy 'The Trapdoor' continues the malaise and sounds like Nick Drake on crack, with Harcourt bizarrely murmuring of "skulls in the ocean". Less dramatically, '_Something To Live For_' is a slip of a half formed idea in crackly demo form. It's disappointing. And then the lifting; musically at least. 'Loneliness' is an almost joyful FM rocker, an eyebrow-raised homage to the joys of solitude and it's inspirational qualities. 'Open Book' is a woozy, falsetto-chorused theatre number, and the record finishes wonderfully with the almost-hopeful piano ballad of the Ryan Adams-esque 'Kids (Rise From The Ashes)' and the breezing, airy 'Black Dress'.

It's a very good effort, but ultimately it lacks the consistency of true greatness