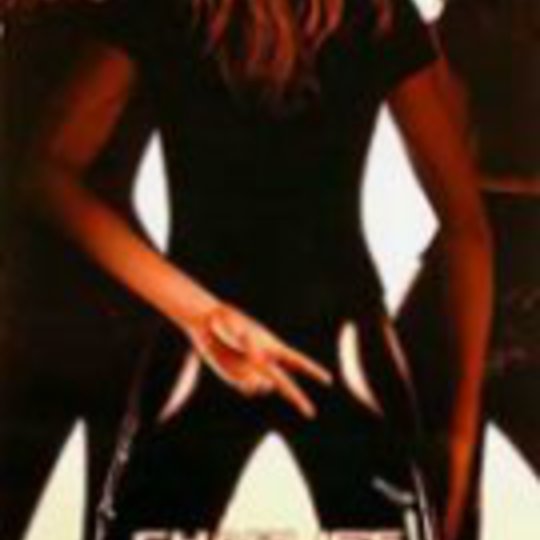 This glorious preposterous mardi gras of a comedy action flick is the perfect antidote to all those techno 'high concept' action films that are no longer particularly new or clever. From the first moment to the last, Charlie's Angels:Full Throttle is 100% concerned with blasting a smile across your face and keeping it there, exaggerating all that trendy ridiculous CGI fighting/flying/acrobatics to the point where it becomes a lampoon of those movies. This film is funny, fast, colourful and brash, Cameron Diaz, Lucy Liu and Drew Barrymore becoming total comic book heroes, Justin Theroux's Rollins-esque Irish thug and Demi Moore's ultra-buff ice-beeyatch the hardest of hardbodied villians. This is to action adventures what David Lee Roth was to 80's metal, what The Spice Girls 'Wannabe' was to 90's pop, the irreverant Dee-Lite antichrist of the Matrix's Kraftwerk.... About as deep and meaningful as the 'A-Team' meets 'The Monkees'... loving every minute of itself and doing everything loud and proud... The first essential summer movie of 2003! 5/5

Charlie's Angel's: Full Throttle is a high-speed sequel which develops the comic-action side of the franchise at the expense of character or any emotional involvement. In other words, it's one great big bangy cartoon of a flick, in which those crazy Angels kick slow-mo ass in as many costumes as possible. The pace is almost sickening, bouncing from an icebound Mongolian intro sequence that out-pongs James Bond via MC Hammer, bumped off government officials and a Baywatchian six packed surf beach (where we meet a bikini-clad Demi Moore in her career-botox role as a fallen former Angel), right through to the horribly personal moment where Angel Dylan Sanders (Drew Barrymore) reveals her own sordid past - and a connection to the criminals which could put the Angels themselves in danger.

As per, Cameron Diaz rules the screen. She exudes less vanity than her co-workers and a total joy in the role makes the character stick out. At one point, they're disguised as a forensics team (or something) and Diaz does ugly. She's obviously loving it, far more than just doing the job. That girl has mastered the prat fall like no other glamourous Hollywood star. No major criticism of Barrymore and Lucy Liu though, all three leads vamp and camp their way through the story and work hard enough to earn the fat wad, leaving all the men overlooked, producing shocking non-performances from Joey Tribiani and whichever of the Wilson brothers it was, and a sluggish Bosley (Jimmy Mac) who came dangerously close to parochial racism. Worse than the token males, the villains aren't scary enough. From the pre-title onwards, these girls are invincible and attacks later on seem nothing, compared to what they had already defeated. I was expecting them to make mincemeat of one nasty bloke within seconds - instead they ran away and left him on the loose.

Ho hum. I was probably in the wrong mood. There are some very funny moments and a couple of excellent action set pieces, but somehow they get the 'sexy' thing wrong (maybe just too polished) and director McG is still immersed in pop video land - making the changes in pace more like lurches. The quieter moments and occasional attempts at emotional depth are utterly unconvincing - chucked onscreen between 'proper' bits to keep the plot vaguely flowing. I think a key flaw is that intimate head-to-head moments are painted with a slapdash broad stroke, while huge explosive battles are given nanosecond detail and intricate finery.

But - obviously - to expect consistency or realism is my failing, not the movie's. Go to see come cute chicks doing superhuman martial arts and giggling a lot. 3/5

So Much For The City