So Much For The City 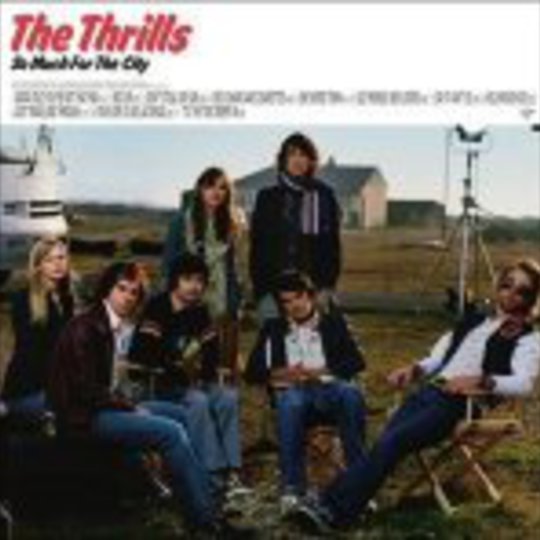 West Coast obsessed Dubliners The Thrills release their much anticipated debut LP. They’re signed to Virgin and have already had two top 20 singles – but is the hype justified?


It’s never easy when you’re in a band and you release your debut album, having released a handful of songs already. Do you leave them out or include them all? Coldplay and, more recently, Athlete have both experienced such dilemmas – their debut releases being littered with previously-released material, giving fans only a few new songs to check out. It can easily lead to a disappointing debut and affect the flow of the album. The Thrills find themselves in this position, but how have they, and producer Tony Hoffer (Beck/Air), dealt with this problem? They’ve made a beautiful record that makes you want to press play as soon it’s finished – that’s how.


The album kicks off with the title track from the band’s hard-to-find debut EP, 'Santa Cruz (You’re Not That Far)', a mid-tempo, banjo and harmony-filled summery number. This is all well and good, but not enough to convince you of the band’s potential. However, you’re then unexpectedly hit with the gorgeous current single 'Big Sur', the opening line from which the title of the album is taken:


“So much for the city/Tell me that you’ll dance at the end/Just tell me that you’ll dance at the end” sings frontman and James Walsh look-alike Conor Deasy, in his own not so strong kind of way. “Hey hey! You’re the monkeys/And people said you monkeyed around/But nobody’s listening now”, he continues, interspersed by high-pitched “Do do do do do do d-dohs!” that make you want to pack your surfboard and head for California right away. The tone for the album is set with these opening two songs and you’re left wondering if they possibly maintain the standard they set for themselves so early on. It’s a good test for any band, but it’s testament to The Thrills that they just about manage to maintain this sun-drenched beauty.


“Don’t steal our sun/Who are you?” Conor croons on the next track. The album would be somewhat different if someone actually had. Recorded in San Diego on America’s West Coast, in rented accommodation, with shitty jobs, The Thrills maintained their optimism. Their geographical location undeniably influenced the record's outcome, drawing inspirations from Burt Bacharach to the Beach Boys and Neil Young. There’s a definite country influence that runs throughout the record, most obviously on 'Say It Ain’t So'. The banjo crops up on a number of the other tracks, enabling the album to have a distinct sound, aided by Tony Hoffer’s lush production. It’s arguably this production that effortlessly weaves the album's tracks together – moving smoothly from 'Deckchairs and Cigarettes' to 'One Horse Town', to the string laden ballad 'Old Friends, New Lovers'. As with the much of the album, the beauty of the latter song is in its simplicity. “It’s such a shame that old friends fall out”, Conor sings, with strings and harmonies for company, before the song finishes perfectly with some calming harmonica. 'Hollywood Kids', another of the album’s more down-tempo moments, makes you shiver with its loveliness.


Quite simply, The Thrills have made a great album. With production to die for and an overwhelming sense of being an accomplished debut, this album could well be the one to soundtrack your summer.