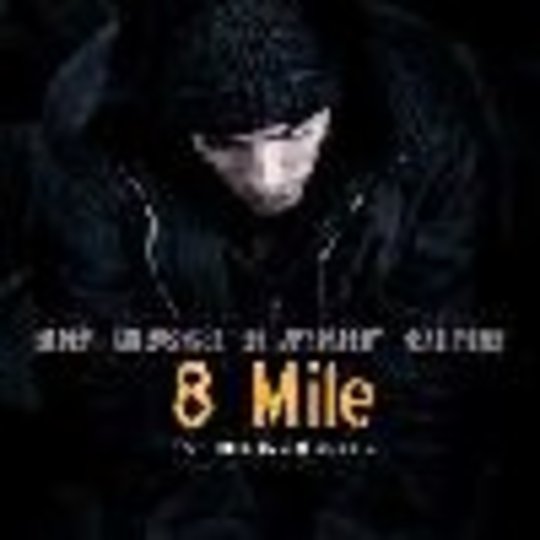 Such comparisons may very well be lazy. But more than that, they’re true.

Take an urban kid living in trailer park squalor. Give him dreams of music and an ability beyond his intelligence. And a spirit-crushing job. All you need to do is give him a child-beating father and you’ve got Purple Rain.

But it’s much better than that. Gone are the fancy flourishes of 80’s rock flicks. Gone are the wild concert sequences and the embarrassing hair styles. What you’ve got is a film that reflects the bored, hopeless existence of trailer park America in a way as compelling as anything since the nihilistic Kids.

“8 Mile” isn’t anything even vaguely glam, despite its world of Gangsters, Guns, Girls, and Trailer Park Eviction Notices. You get families scraping from moment to moment, wondering where the next meal is coming from; you get anonymous, desperate sex in crowded backrooms; you get pointless turf wars and urban paranoia. You get everything that is the underside of the American Dream. You get the people who rise at 4am, surviving on state handouts and dole-queue soup meals, with nothing to look forward to but the next miserly payslip.

This is the American Dystopia : the mechanism that keeps the shiny happy face of capitalism smiling. This is the 8 Mile world.

** Eminem,** instead of ranting on about cutting up his wife and killing the fags and the Jews, has, with his undoubted starpower, chosen this as a vehicle for a message about the cruelty of capitalism. About how the mechanism of industry crushes spirit and individuality, making us all cogs in the machine. “White America. We could be one of your kids.”

His acting is naturalistic, but by no means exceptional: Though if you could get an Oscar for the most imaginative use of rapping and disses on-screen, he’d surely win.

“8 Mile“. The corner of Detroit, or Chicago, or Tumbleweed, Colarado, where dreamers dream the American Dream whilst forgotten: existing as Capitalism’s leftovers. A thoroughly gritty drama replete with rapping from a star who isn’t just some pop idol sleepwalking through a dream of a motion picture vanity project. A modern, realistic take upon the Purple Rain principle of a kid rising from the gutter in his attempt to escape from the boredom and cruelty of the world.

This is the face of White America, even if some of white America doesn’t want you to see it. White America. These are your children, and these are their lives. You are a bad father.

The Last Temptation Of Reid