The Last Temptation Of Reid 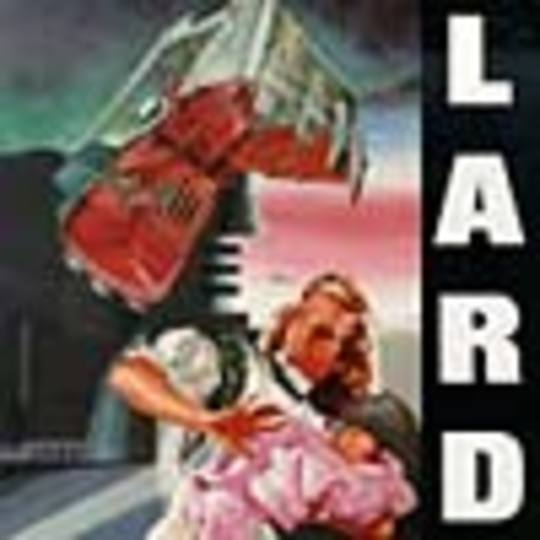 A friend of mine brought up on a diet of lame soul and Whitney Houston asked to hear what I was listening to one day. I placed headphones on his sensible ears and played him a song. It was called “Drug Raid At 4AM”.

Ingredients: Sirens. Dogs Barking. Crashing Plates. Skipping Needles. Breakneck Thrash-Metal-on-Speed guitars. Incoherent screaming (that’s the chorus), and over this : vocals. Well. I call them vocals. They’re made by vocal chords. But really, it’s the sound of a rightwing, redneck, dimwit American Cop yelling into a Bullhorn:

-_ “What’s that? An NWA Record? Fuck Tha Police? Police Fuck You? Where’s Your Stash? Where D’Ya keep ‘Em? Where’s Ya Drugs? Bend Over Boy, We’re Gonna Search Ya! We know Ya Got ‘Em! Open The Drawers! Smash The Stereo! What’s This Wad Of Cash? Where’s Your Dealer? Who Is It? Huh? HUH!” _

Four minutes of that, and he was never going to listen to ANYTHING I recommended ever again. Shame. Still. “Sorry, Wrong House!”. The album was by a band called Lard who you probably haven’t heard of. But you should have done. Because it shows you where everyone else got the good ideas from.

This is the blueprint. This is the best metal album you will ever hear. This is Ministry on gonzoid amphetamine filth and urban paranoia, playing twice as fast, with twice as much as passion, and ten years ahead of their time.

** “The Last Temptation Of Reid”** is one of the cornerstone, seminal, landmark metal albums. It may only have sold a pittance compared to the parent bands that spawned it (The Dead Kennedys and Ministry). It may only be available from Jello Biafra’s label in the States these days. It may only be by a band that have never managed to get their act together long enough to perform a tour.

It may only be the record that towers over the shadows of Nu-Metal and tells them, _this is how its done. _

From the opening, nailed-to-the-floor, breathless paranoia of “Forkboy” – last seen as the soundtrack to a prison riot in Natural Born Killers to the final, crushing doom of “I Am Your Clock”, “The Last Temptation Of Reid” is probably the best album you've never heard.

So take all your rich-kid, InMe angst and empty posturing bull, and listen to a band that not only means it, but lives it, because they truly do know the enemy. And it is the bland, diluted corporatisation of anger into a saleable commodity.

This is the real thing. Uncompromising. Innovative. Obscure. Furious as the anger of a righteous God – and just as compelling. Ignore at your peril.