Some Kind Of Monster 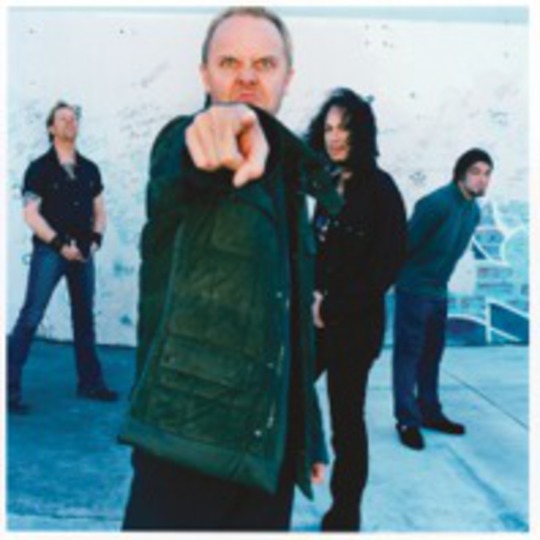 Gone are the mullets, sinewy bodies clad in black jeans and youthful acne. The Metallica of today are older, soberer, and in therapy.

Conceived initially as a simple “making-of-an-album” film during the birth of 2003’s St Anger, the making of Metallica: Some Kind of Monster also served as an opportunity for co-director Joe Berlinger to redeem some of the credibility and self-esteem he felt he had lost with the release of his critically slated Blair Witch 2.

Some Kind of Monster morphed into an entity all of its own, resulting in more than 1600 hours of basically uncensored footage. The film charts not so much the evolution of an album, but the piecing back together of the dysfunctional relationship between the band members over the course of two years of recording.

Berlinger felt that following the most successful metal band of all time through group therapy was a compelling theme for a documentary- and boy is he right. Love or hate Metallica’s musical output, the film gives us a rare glimpse into the vulnerability of musical icons whose entire public persona is based on invulnerability. Hey, these guys suffer the same insecurities and fears as we do.

Enlisting the help of Phil Towle, a Performance Enhancement Coach “slash” Therapist, whose wardrobe consisted of some of the worse knitwear I have seen since The Cosby Show, Phil becomes a crutch for the band. In fact, he becomes so involved that James mutters at one point, “I am afraid he is under the impression that he is in the band”.

The process of creating St Anger reflects the band’s struggle to communicate between themselves on both a personal and musical level. Is James’s guitar too stock? Is Lars’s drumming too standard? Are Kirk’s guitar solos no longer cool?

Initial attempts at writing the album end up in child-like bickering – “You’re just sitting here being a complete dick”, Lars throws at James, and it is between these two fiery characters that sparks fly, egos collide and doors slam (exit James, who doesn’t make a return to the band for twelve months).

Although rock stardom represents to most of us an ideal escape from the drudgery of the 9-5 day, once James reappears from his 12 month time out, he instigates a strict code of working only between the hours of noon and 4pm. Woe betide anyone who breaks the work curfew and dares to listen to a demo post Hetfield Working Hours.

With groundbreaking comments from “Dr” Phil such as “treasure every moment you have”, you wonder how on earth firstly he managed to scam a $40,000 monthly fee, and secondly, how he managed to bring the band back from the brink of disfunctionality, and potential demise. But bring ‘em back he did, and Berlinger has attributed this therapy as the key to the resolution of the problems faced within the band.

We begin to have faith that things are going to work out just fine when the band play a jubilant gig at the notorious St Quentin’s Prison for the video of St Anger. Our heart strings are pulled by James’ touching admissions of his struggle with his own anger, and the saving grace of music – if it were not for music, he may well be housed in prison himself, or even worse, dead.

Charting the journey of a band who were barely speaking to each other at the outset of filming, to the wrapping of the album and a triumphant return to live performance, the documentary follows a band who teeter on the brink of collapse, but bounce back stronger and with more guts than ever. I think that the same can be said for Joe Berlinger, who has now regained his brilliant post-Paradise Lost reputation.

This is not just a film for fans of Metallica; it will interest anyone with a love of music and documentaries. But if you don’t come out of the cinema with a desire to buy the album, then I would be very surprised….

Blinded By The Lights