Blinded By The Lights 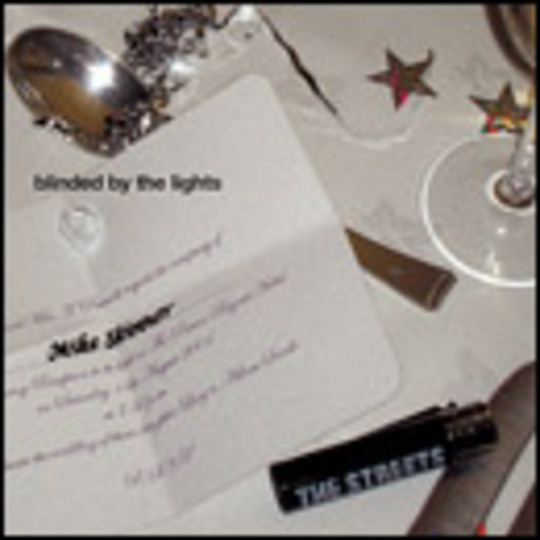 Love him or hate him (but don't slate him), you cannot help but admire **Mike Skinner**'s ability to release the right single at the right time. '_Fit But You Know It' was the obvious first single from 'A Grand Don't Come For Free' and the universal lighters-in-the-air melancholy of 'Dry Your Eyes_' got us hooked. With 'Blinded By The Lights' , he is reeling us in and making it almost impossible for even the most passionate doubters to resist his charms.

'Blinded By The Lights' is best understood as the sequel to '_Weak Become Heroes' from 'Original Pirate Material_.' Picture the same dance floor scene and the internal monologue of a buzzing Skinner articulated once more against an epic backdrop of dense beats and mesmerising synths. This is another Friday night in the life of a geezer. When Mike bemoans the lack of reception on his phone or laments the queues at the bar, we feel his pain.

However, unlike 'Weak Become Heroes,' there are darker forces at play here as the trip turns nasty and loved-up euphoria inevitably gives way to pilled-up paranoia. "Swear Simone's kissing Dan," observes Skinner when he finally tracks down his girlfriend and best mate. Again, we've all been there. When the high kicks back in, the tempo picks up and our storyteller is so mashed by the end of the night that he forgets about his girlfriend with the simple exclamation, "This is fucking amazing." As usual, he's spot on because this track (like the lights) is an absolute blinder.

The Trial Of The Century