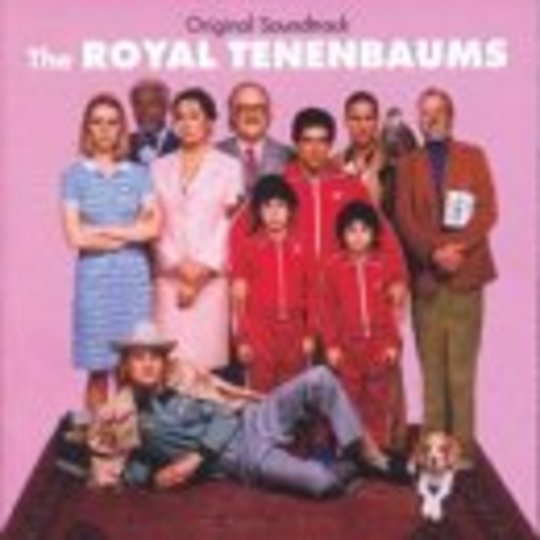 After about half an hour into the film, two girls a few rows in front of me walked out. Then again, some bloke behind me sat guffawing all the way through. F’sho’, ‘The Royal Tenenbaums’ is one of those ‘You’ll either love it or hate it’ deals.

Me? I thought it was alright.

Plots have never been Anderson‘s strongest point, and again, here, the focus is mainly on the dysfunctional characters that populate his world view. And there are certainly plenty of characters filling the screen this time, most of them are from the titular family and all are deeply weird, flawed individuals.

Inspired by JD Salingers similar familial sagas, this brittle, wintry comedy has no central protagonist, but, instead tells the story of each family member and their close associates. But if there is a main focus in the film then it is undoubtedly Gene Hackman, superb as the scheming pater familias, who, facing financial ruin due to his estranged wife’s desire to marry her work colleague (Danny Glover) , feigns terminal cancer and tries to worm his way back into the fold of the family he abandoned. This sudden activity acts as a catalyst for the emotionally damaged siblings to come together.

First there’s Margot (A career best Gwyneth Paltrow) - the kohl-eyed, sullen, self-absorbed adopted daughter who, though now married to the quiet, dull Raleigh St Clair (a quiet, dull Bill Murray), spends most of the day locked in her mothers bathroom, smoking and soaking in the tub, flicking stations on the TV with her toes. Then there’s Chas (Ben Stiller) a widower who has become obsessively safety-conscious with his two sons, all of whom dress in matching bright red tracksuit and have the same curly mop - for British viewers this has unfortunate echoes of Harry Enfield’s scousers. Finally, there’s Richie (co-writer Luke Wilson), a failed tennis ace who now sails the oceans on cruise ships alone.

Like ‘Rushmore‘s Max Fischer these are ambitious, prodigiously talented but under-achieving losers who mask their inability to deal with the ‘real’ world by immersing themselves in their obsessions (I know the feeling), unlike Fischer, however, they don’t have any likeability. Hardly anyone in this film does and this is what makes it a brave but, ultimately, flawed film.

Nevertheless, someone like Woody Allen would kill to be this good again. It is an intelligent, viciously sharp black comedy that puts Anderson in the same cult super-league as Darren Aronofsky and Paul Thomas Anderson (whose ’Magnolia’ has clearly had some inspiration on this film, in it‘s multi-layered, multi-character wide scope) - the great white hopes of American cinema.

The use of music is interesting. Like his other films, ’Tenenbaums’ uses mainly sunny 60s and 70s folk pop and a few Clash numbers to soundtrack the rather bleak goings on, but it’s a trick Anderson has used once too many, I feel. Perhaps it just didn’t suit the subject matter, perhaps ’Tenenbaums’ is just too dark, too cold, but whichever way, they didn’t seem to complement and lift the material as before. Like, when in ‘Rushmore‘, John Lennon‘s ‘Oh Yoko‘ comes on, it was certainly quirky choice but, somehow, it worked. Anderson tries the same thing again by using Lennon‘s ‘Oh My Love‘, but this time it just jars. Still, it’ll make another good collection of songs for the soundtrack, and Anderson still has more success and taste in this department than fucking Cameron Crowe.

A partial success then, but not all it could have been, the mass of loose strands don’t all neatly come together at the end and it’s comfortable pace will test the patience of some, but you should go and see it, I mean, there’s nothing else on at the moment (unless, of course, you don’t mind being treated like a slow-brained fucknut, then there’s plenty to choose from - hello Ali G! Hello Thirteen Ghosts!). Excellent performances, a wild ambition and pitch black humour still make ’The Royal Tenenbaums’ a rare[ish] treat.