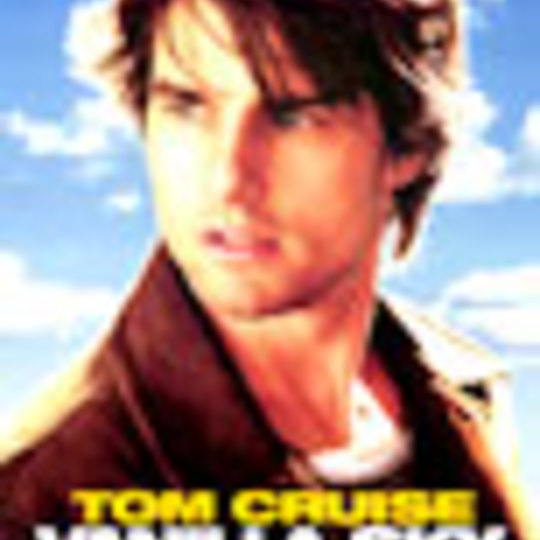 Cruise plays David Aames, a rich play boy type, who refuses "to let happiness in without a full body search". That is until he meets the beautiful Sofia (Penelope Cruz, reprising her role from the original film). David and Sofia bond over the course of a night and the future looks bright,until Davids 'friend', Julie (Cameron Diaz) turns up in a stalker like manner, outside Sofia's appartment and lures David into her car. She turns slightly psychotic, claiming to be in love with him, and also revealing that she is slighlty put out about being refered to as David's 'Fuck Buddy' (the girl has a point here). She is so miffed in fact, that she drives them off of a bridge. So far, so simple and ever so slightly tedious.

The story gets more interesting from here on in. David is hideously disfigured, well, enough to prove to the audience that The Cruiser has defied vanity and is truly a proper actor,and he is plagued by dreams that he can not distinguish from reality.

Crowe offers us a very sleek movie, with a strong aesthetic, but there are things that let it down. Cruise's disfigurement alters through out the whole movie, which is a little disconcerting as his limp seems to come and go, and the actor is prone to hystrionics, which Crowe should have made more of an effort to contain.

Overall this is an entertaining movie, with a bit more depth than your usual Hollywood offering.