We Are The Romans 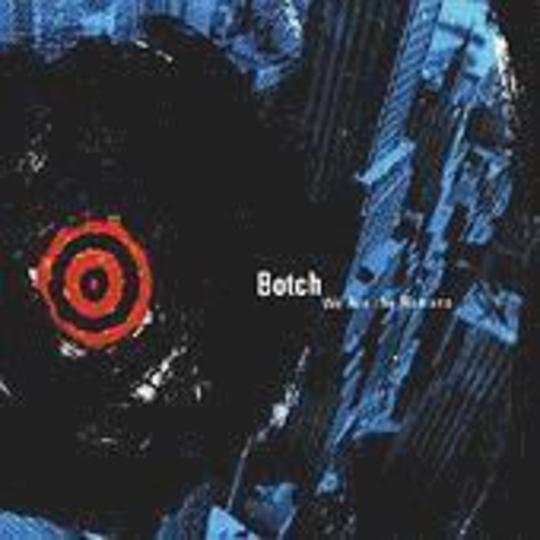 Really, what does constitute a classic record? Recent board discussions have got me thinking about the factors involved in the transformation from ‘good’ or ‘great’ to ‘classic’. Does the record possess a timeless quality? Does it also serve as an accurate record of what was happening within a genre, or a scene – be it in a geographical, regional sense or otherwise – at the time of its release? Has it been particularly influential, i.e. can its echoes be heard in contemporary artists? Were boundaries broken and envelopes pushed during its gestation? If the answer’s a ‘yes’ to all of these questions, I figure the album at hand can truly be regarded as a classic (sorry board posters, but that makes The Stone Roses’ debut nothing of the kind).

Not wanting to brag, but I think I own a number of certified classics. If I didn’t, what right would I have to pass judgement on whatever drops through my door from day to day? So, having wanted to pen one of these ‘classic’ re-evaluations for some time now, covering a record that is both a personal favourite and a critical milestone, I scanned the shelves for inspiration.

Refused’s The Shape Of Punk To Come? Bah, been re-released. At The Drive-In’s Relationship Of Command? Yeah, possibly. The Deftones’ Around The Fur? Again, possibly, but neither really ‘do it’ for me every time. We Are The Romans, however, most certainly does.

Seattle’s Botch are rightly regarded as the founding forefathers of contemporary progressive hardcore, and this album remains their epitaph. There is not a single hardcore or punk band today specialising in awkward time signatures and stupidly long song titles that doesn’t owe this album a huge debt. Only a four piece on paper, the band nevertheless pushed themselves to the absolute outer limits of what hardcore was capable of; of what a simple drum, bass and guitar set up could muster. In hindsight, purists wanting something rich in all-too-obvious angst wrongly overlooked their work. Botch’s approach – to combine brain-numbing complexity with a lyric sheet full of red herrings and offbeat poetry – was simply too studious to warrant mass consumption.

Now, listening to ‘Swimming The Channel vs Driving The Chunnel’, a break in the album’s hurricane force at track four, I miss Botch more than ever. Punk and hardcore bands today say so much yet mean so little, their tricks recycled to the point of no further dilution. A few have successfully taken the Botch blueprint and made it theirs in a fairly unique fashion – Fear Before The March Of Flames keep things strictly old school in their breakdowns and throat-bleeding approach, whilst the Blood Brothers add a dance aspect to the formula; both use two vocalists to great effect – but too many of today’s hot young things seem to be overly preoccupied with how they’re represented in the media. It’s not their own fault per se – the overground explosion of such styles has made stars of musicians that, only two years ago, would have absolutely struggled to make ends meet – but one really has to retreat as far back as We Are The Romans to hear genuine, head and heart on sleeve hardcore songwriting.

Today, on the Tube, I’m playing ‘Modrian Was A Liar’ really fucking loud. A few eyes flick my way, but in a second I’m out on to the street, the song driving me onwards (unfortunately in this case, it’s onwards to my place of work). Everything to the left and to the right is shut out; anything in front, merely an obstacle. This song, a two-minute-something blast of absolute distilled fury, makes me feel indestructible. I could walk through walls and tear hundred-year-old trees from their roots if I wished, really. When was the last time that you felt so empowered by music? I’ve heard rock and roll’s new kings and queens; each of them makes me crave the old regime with ever-increasing passion.

This album’s influence is obvious, even if certain aspects of the band’s legacy are unfortunate. However, whilst so many acts citing Botch as a key influence are little more than one-night-stand showboaters, too dazzled by complex intricacies to care for the art of tune writing (Botch were more than capable of incorporating melodies into their beguiling fret board artistry), there remains hope. We Are The Romans is but six years old, and if current trends are anything to go by, that means that in, say, another four years this style of music will rightly achieve widespread acclaim. The fashion-core has-beens will be washed up, their wares exposed for the hollow shells that they truly are, and a new wave of bands will emerge, each clutching their copies of old Botch records to their tattooed chests. The scene will spread beyond the confines of geography; voices will again rage, but this time the world over…

Ah, who am I kidding? Just go buy this and enjoy a true classic record.

Members of Botch can now be found in the bands These Arms Are Snakes, Roy and Minus The Bear. All are great and deserve your attention.