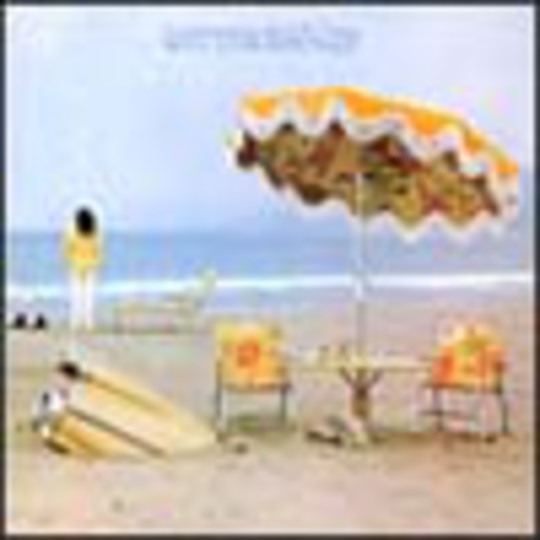 No longer kissing with tongues. Sex restricted to the same headboard-banging boredom, made bearable through fantasies of fucking someone else. Conversations reduced to reciting workday chores and weather reports, old gossip and new lies; a tax-break marriage, a soul-sapping job and a body that's become a soft, sagging derelict, desperate for renovation.

You need to escape but can't; avalanched under a mount of missed deadlines & final demands. You try to seek solace in sound, but when your record collection's cluttered with kitchen-sink drab-acts all singing of the same suburban soul-rot, it's not enough to lift your mood. You need something more. Something honest yet imaginary. Mythical but moving. Something escapist yet still sent straight from the heart.

The beauty of country music lies not in banjo-beating, Stetson-swinging, whisky-swigging misery; nor in the stereotypical boring, brawling, deep-south-drawling hicks that us weather-battered Brits love to believe still exist. No, the beauty of country music lies in its ability to ring with tales of another world. A world where the sulky, savage will of nature collides with the extremes of our emotions and creates something that is both electrified and haunting, brutal and breath-stealingly beautiful.

Few could create that world better than Neil Young. From the youthful blood-rush blues of Buffalo Springfield to the blue-eyed pop of 'Harvest,' at his peak, Young could summon southern anthems filled with intelligence, anger, longing & love that marked him out as the only guitar-toting troubadour who could hold a candle to Bob Dylan. And although 'On The Beach' is not unique among his canon of classic albums, it is certainly his most accomplished.

Left aghast after suffering the body-wound of chart-topping, globe-swallowing success with 'Harvest,' Young retreated into a cycle of self-torment, preferring to dance with his demons rather than release scene-shattering albums – as shown by the shambolic follow-up 'Journey Through The Past'. With 'On The Beach,' he sobered up, scraped the shit from his soul and knuckled down to fashion the kind of world-beating records that got him there.

But it's no bed of roses. Amidst the tortured acoustics and frazzled proto-grunge that ring throughout are mutterings of 'Nam paranoia, Cold War angst and a hand-wringing fear & loathing from a world looking over it's shoulder, as well as Young's personal life-sick sadness.

Luckily, it sounds fantastic. Opening track 'Walk On' is full of jaunty summertime swagger; a two-fingered 'fuck you' to Young's gathering swarm of critics and the clearest indication of his returned confidence. It's followed the record's loveliest moment; full of lyrical landscape-painting and a fragile, box-wood beauty, 'See The Sky About To Rain’ is a low-key, organ-led, slide-guitarry wonder.

But the bliss doesn't last long. Snapping back to the kind of deranged murder hymns that made classics of songs like 'Ohio,' 'Revolution Blues' is a sprawling, squalling terror-tune, with unhinged guitars and a sinister, stalking vocal that promises to find the rich & famous and 'shoot them in their cars.' However, it's the album's title track that elevates a merely brilliant record into something truly special. With slow-motion strumming and a bare-bones backing, Young's trembling voice whispers mantras of solitude and pain ("the world is turning, I hope it don’t turn away"), before delving into a procession of protracted solos, his guitar-work emoting just as much as those heartburned lyrics.

As the record strides to a close, the cathartic acoustics of 'Motion Pictures' seem almost optimistic, with our hero claiming to be "deep inside of myself, but I'll get out somehow." With 'On The Beach,' he managed just that. It stands as a bouquet of bruised, shotgun-country classics that speak of one man's suffering, set against a tapestry of globe-rattling turbulence. It's a record about accepting the insignificance of your demons; realising that although they may not disappear, they can still be stopped from consuming your soul. A record of exceptional songs that skip from anthems to anger, heartache to hope, and achieves the perfect balance between soul-shovelling introspection and still recognising the fractured world around him.

Finally, it's a record that proves whatever the circumstances, there is always an escape route – even from the rut-filled trenches we dig ourselves. And at least that is enough to raise a smile...