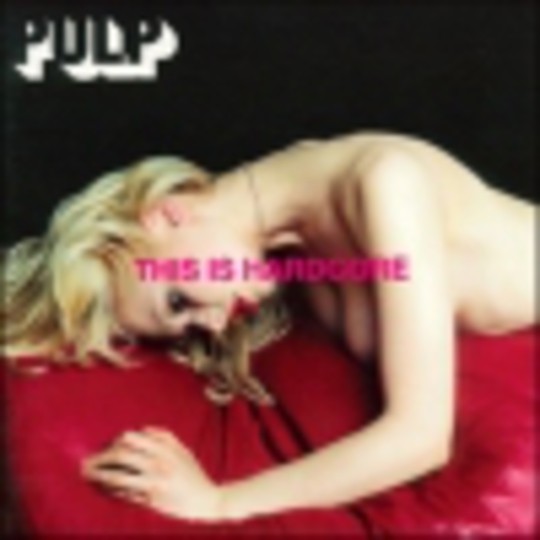 "This is the sound of someone losing the plot. Making out that they’re OK when they’re not. You’re going to like it, but not a lot."

True story. You're trudging through the graveyard shift in a chip-fat stinking Friday night McDonalds. While sweeping the polythene-packaged shit off the floor and swearing to get even on that bitch of a boss, someone staggers out of the disabled toilet. Hair a mess, dress askew and clutching onto screwed-down furniture to keep her balance, she tramps to the nearest table and lights a fag. Five minutes later, some bearded bloke in blue jeans leaves the same toilet, zipping up his flies. From afar, he shouts at her, silencing a whole restaurant of semi-sober lager-louts and spitting chip fryers.

'This Is Hardcore'. This is the trash and the sleaze, peeping toms and the late-night striptease. This is greasy-spoon melodrama and dole-queue soap opera, the Sunday morning comedown and the asprin taken to heal the sores from the night before. People will tell you that this was the moment that Jarvis Cocker went bourgeois. They'll say he chose shaking his arse at demented pop stars over 'getting down with the kids' in bored, booze-soaked indie discos; that he dated Hello!-gracing movie stars who made millions from celluloid, instead of gap-toothed shelf-stackers who sold six-packs and cellulite. Finally, they'll say that with every gold disk that 'Different Class' racked up, Pulp's frontman became more detached from the people, the lives and the stories that made that record such a success.

"We were brought up on the space-race, now they expect you to clean toilets. When you've seen how big the world is, how can you make do with this?"

Which is, of course, bullshit. The fact is, Pulp's magnum opus was always more Butlins holiday chalet than Hilton hotel room, and Jarvis sings not of sipping champagne in the Met Bar, but of wasted nights in the 'café in the station.' The only real 'fame songs' – the adrenal Bowiesque romp of 'Party Hard' and the perv-tastic heavy-breath-a-thon of 'Seductive Barry' - show Cocker’s fear/fatigue of his new lifestyle, and a realisation that the 'lives of the rich and famous' are no different, nor any better than the rest of us. They just look more photogenic. What follows then, is a set of stories on the seedy, sex-obsessed underworld of urban life; shot through with all the realism, humour, pathos and hope that has always throbbed through Pulp's records.

With film-soundtrack strings, spluttering trumpets and a creeping, unsettling inertia, it also happens to be their most musically adventurous record to date. Beginning with 'The Fear's claustrophobic, slow-burning statement of intent, right through to the lo-fi lament of 'Dishes' – a quiet acceptance of the dullness of domestic life – it becomes clear that there are no Glastonbury-baiting anthems or radio playlist-pleasing 'instant hits.' That's not to say that this was the album where the Pulp lost their classic pop nous. From the coruscating, everest-climbing choruses of 'Sylvia' and 'Help the Aged,' to the tender requiems of 'TV Movie' and 'A Little Soul,' Cocker's knack for melody, as well as his lyrical astuteness, is still present. All that changed was the replacement of the grating, janglesome riffs of the mid-nineties with cinematic soundscapes and true musicianship.

The real highlight here is the album's title track – a squalid, black-eyed yelp of a tune that’s filled with men in muddied trenchcoats, 'Blue Velvet' debauchery and cabaret sleeze. Sounding like a Bond theme that's just been placed on the sex offenders register, it's the sound of Cocker diving into a cess-pit of sex, self-harm and peep-show perversion, and only just escaping with his sanity still intact. Yet though it's a record filled with after-hours debauchery, 'This Is Hardcore' still manages some moments of catharsis. With its 'Chariots of Fire' piano thumps and Cocker's indignant yelps, 'Glory Days' is genuinely uplifting, musically if not lyrically. Then there's the epic, closing cloudburst of 'The Day After The Revolution.' As the fist-clenching chorus climbs its crescendo, it rings like a call-to-arms; a million-man-march of society's mis-shaped outsiders and square pegs, demanding they get what they deserve:

"The meek shall inherit absolutely nothing at all. If you stopped being so feeble, you could have so much more."

It is this, not the tabloideering they encountered or the post-fame comedown they endured, that 'This Is Hardcore' should be remembered as – a sprawling storybook of lives spent in the gutter, gazing at the stars. Lives spent in "sack-me" jobs, in sex-confused relationships and self-pitying pubs – staring at the bottom of a pint glass and somehow still finding a rainbow. As Jarvis proclaims in the album's final mutterings, "the revolution begins and ends with you" – strive for more than you are and someday things are going to get better.

This is Hardcore. Pulp are in their hell and somehow everything makes sense.